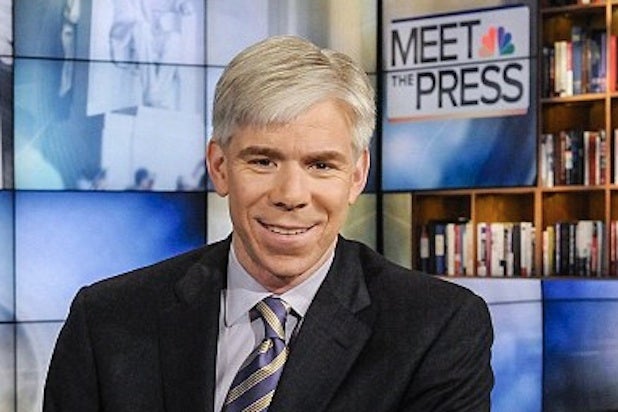 The network’s flagship Sunday news show that Gregory inherited from Tim Russert after his death has slid to third place behind “Face The Nation” and “This Week” and according to a new report from the Washington Post, network higher-ups have hired professional help.

Paul Farhi reports that in 2013, the network hired a psychological consultant to interview his social circle to find out if anything was wrong:

Last year, the network undertook an unusual assessment of the 43-year-old journalist, commissioning a psychological consultant to interview his friends and even his wife. The idea, according to a network spokeswoman, Meghan Pianta, was “to get perspective and insight from people who know him best.” But the research project struck some at NBC as odd, given that Gregory has been employed there for nearly 20 years.

Tom Brokaw also told the Washington Post that Gregory knew what he was getting into when he became the new host:

“David knew what he was in for when he took the job,” says Brokaw. “Media habits are changing and the competition is getting better … I won’t get into whether David is the right guy. NBC already said he’s got the job and that’s what counts. But he deserves a fair shot at evolving the program.”

Gregory drew scrutiny from viewers and law enforcement officials after he held up a high-capacity gun magazine during an interview with the NRA’s Wayne LaPierre in the wake of the Newtown shooting.

Last year Meet the Press brought in a brand consultant — not, as reported, a psychological one — to better understand how its anchor connects. This is certainly not unusual for any television program, especially one that’s driven so heavily by one person.

“I did confirm it (twice, in fact),” he says. “The issue seems to be that they couldn’t find the exact right people within the company –on Easter Sunday, no less–who knew all the details. So they confirmed in general yesterday that this research was done, but are characterizing it as ‘branding’ rather than ‘psychological’ now.”