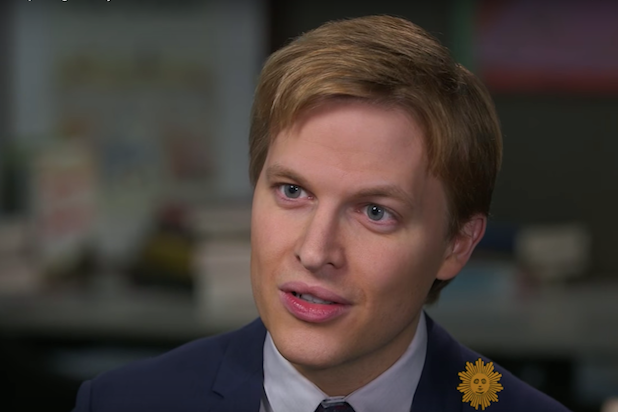 NBC News is being criticized after the network’s former reporter, Ronan Farrow, has once again taken over the news cycle.

Less than 24 hours earlier, Farrow also bylined a lesser noticed, but no less substantive, story about Black Cube, the Israeli intelligence firm, which collected dirt on Harvey Weinstein’s accusers, and also attempted to find information on former Obama administration officials in an attempt to blow up the Iran nuclear deal in 2015.

“I have to wonder: Every time Farrow breaks another story, do staffers at NBC wince?” asked CNN media guru Brian Stelter in his regular newsletter Monday evening.

But it wasn’t just Stelter who was chattering about the missed opportunity for the peacock network.

3. NBC executives doubting @RonanFarrow‘s ability to report out a story is one of the biggest mistakes a news organization has made in the past decade.

1. What hasn't really been talked about is how much some NBC executives doubted @RonanFarrow's skills. This goes beyond killing the Weinstein story…they never saw Ronan worthy of being treated like a top-notch reporter…(cont) https://t.co/bY6ndO9yq7

You know who’s had an awful few months? The people at NBC who couldn’t make it work with @RonanFarrow. Dude is a monstrously good reporter.

NBC's Andy Lack has blown so many key personnel issues — tolerating Matt Lauer, hiring Megyn Kelly. But his failure to keep @RonanFarrow on staff ranks near the top. Or the bottom, depending on how you look at it. https://t.co/xjhYdph7vE