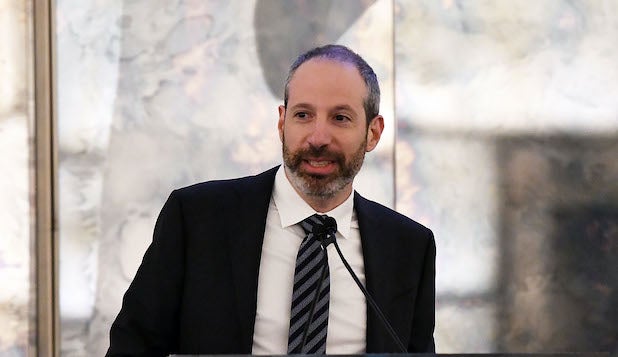 NBC News President Noah Oppenheim is facing further scrutiny over columns he wrote in the late ’90s for his college paper, the Harvard Crimson.

Oppenheim’s 20-year-old columns “mocked feminists, gushed over busty blondes, and lambasted NBC for firing a sportscaster accused of sexual assault,” wrote the Daily Beast, which resurfaced the columns on Friday. The columns’ reemergence comes at a particularly heated time for Oppenheim and other NBC executives. Earlier this week, new allegations made by Ronan Farrow’s upcoming book “Catch and Kill” insinuate that NBC brass had been aware of a rape accusation against former “Today” show host Matt Lauer long before he had been fired. (NBC has denied this claim.)

One particular column from Oct. 1997 took aim at how NBC had handled the firing of the sportscaster Marv Albert, who had been accused of sexual assault.

“Marv’s plea was less an admission of wrong-doing than the last resort of a man who had been subjected to an unnecessary parade of humiliations,” Oppenheim wrote at the time. “It is certainly a noble goal to protect the victims of sexual assault from mistreatment in the courtroom, but why should Marv’s past conduct have been subject to the closest scrutiny, while [his accuser, Vanessa] Perhach’s character history have remained off-limits?”

Another, published in Oct. 1998, targeted feminists in a defense of the university’s male-only finals clubs.

“Many women argue that the clubs are objectionable because of their demeaning treatment of female guests — particularly the restriction of movement and the sexually aggressive atmosphere,” Oppenheim wrote. “Well, I would likely not feel comfortable in an S&M club, so I choose not to go for one. Women who fell threatened by the clubs’ environments should seek tamer pastures. However apparently women enjoy being confined, pumped full of alcohol and preyed upon. They feel desired, not demeaned.”

Meanwhile, a third column from March 1998 was titled “In Defense of Hooters and the St. Pauli Girl,” where Oppenheim revealed that his dorm room was decorated with the posters of “seven scantily-clad women.”

“Like most heterosexual men, the sight of a big-busted blonde tickles my fancy,” he wrote. “When I stare up from my desk, I don’t want to see any printed reproduction of Picasso, nor do I wish to encounter the name of some technical director at the bottom of a movie poster. When I take a hard-earned study break, I like to be greeted by a pretty face. And ladies, if any of you have a fetish for bespectacled Jewish boys, I’d be happy to pose for you.”

An NBC employee who spoke with the Daily Beast anonymously said that the Crimson columns were so egregious that they were considering leaving the company.

“Our boss thinks women enjoy being ‘confined, pumped with alcohol and preyed upon’ — those are his own words– and now he runs one of the largest news divisions in America,” the employee said. “I can’t believe I work for him. How can this person be president of a network news division?”

A representative for NBC News did not immediately respond to a request for comment.