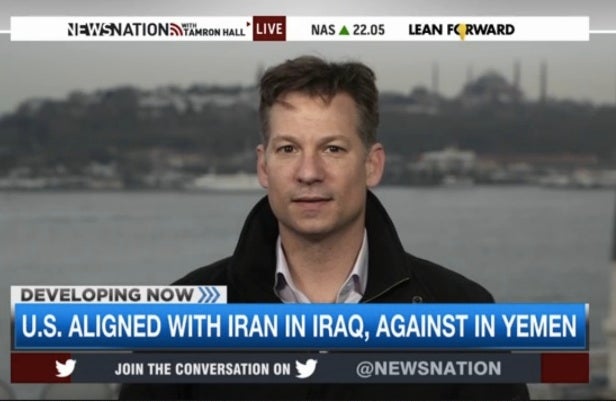 NBC News executives are not answering to charges they knew Richard Engel reported falsely on his kidnapping in 2012.

Instead, they were held by rebels tied to the Syrian Free Army, which fights against the Assad regime. In a story for NBCNews.com Engel admitted to being wrong in reporting on his capture.

The kidnappers told us they were Shiite militiamen, members of the notorious Shabiha militia loyal to the government of Syrian President Bashar al-Assad. They spoke in a particular accent, playing Shiite chants on their cellphones, smoking cigarettes, even serving us coffee in cups decorated with Shiite symbols. I, along with two other Arabic speaking members of our six-member team, believed they were from the Shabiha.

After being contacted by the Times about discrepancies in the story about who he was were held captive by, Engel went about retracing his steps from three years ago.

The New York Times report claims NBC News executives were informed of the possibility Engel and his team were captured by rebels against Assad— Azzo Qassab and Shukri Ajouj.

The executive at the helm during Engel’s kidnapping was Steve Capus, now at CBS News. Deborah Turness, Andy Lack and other executives weren’t at NBC News or linked to the kidnapping search or aware of the facts.

NBC News declined to comment to TheWrap for this story. They previously said they had no comment other than what Engel wrote.