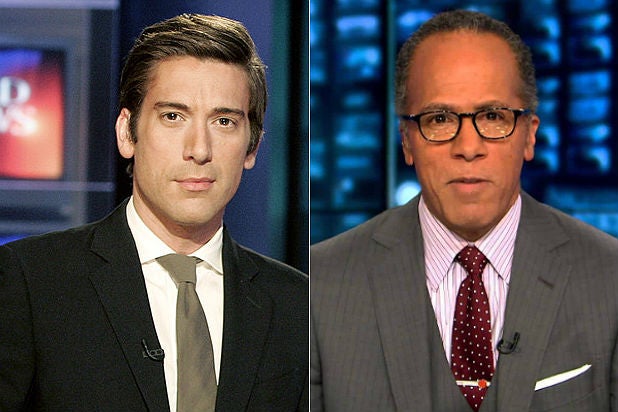 In a big news week featuring riots an unrest in Baltimore, NBC “Nightly News” with the filling-in Lester Holt took total viewers over ABC’s “World News Tonight” with David Muir for the first time in a month.

The victory for NBC stopped a troubling trend for the Peacock Network: ABC’s David Muir winning total viewers consistently after he broke NBC’s five-year total viewers streak at the end of March.

The victory comes amid continuing stories about suspended anchor Brian Williams‘ future, or lack thereof, with the network.