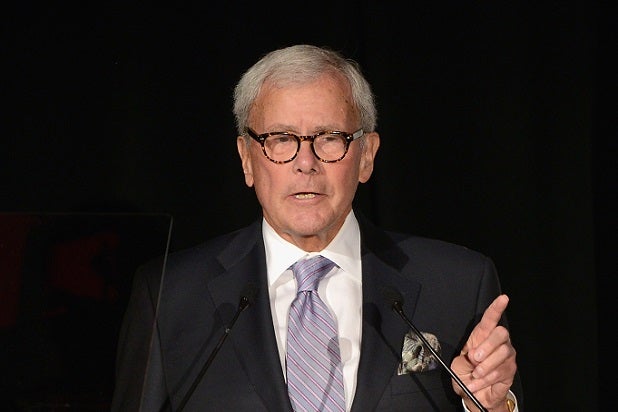 NBC News circulated “guidance” to its employees this week, which covered how to report on the sexual misconduct accusations against network star Tom Brokaw, a person with knowledge of the matter told TheWrap on Tuesday.

“As always in cases where sexual misconduct is alleged, we should be scrupulous in reflecting all sides,” reads the internal memo, before going on to list various aspects of Brokaw’s defense. One talking point cited in the missive urged journalist to cite a letter signed by women in the company in support of Brokaw, which included big names like Rachel Maddow, Mika Brzezinski and Andrea Mitchel.

“Include relevant portions of Brokaw’s denial, his email and the email in support of him,” the memo goes on to say.

.@Variety obtained an internal NBC News memo about reporting on the Tom Brokaw allegations: “As always in cases where sexual misconduct is alleged, we should be scrupulous in reflecting all sides.” https://t.co/YrMU5JCCNl pic.twitter.com/ak7i5ecKKR

The New York Post reported Tuesday that many lower-down female employees of NBC felt coerced into signing the document.

The memo was first reported by Variety. Reps for NBC News did not respond to request for comment from TheWrap.

Unlike Matt Lauer, another network icon who was swiftly dismissed after sexual misconduct accusations emerged against him last year, NBC may be on a mission to salvage Brokaw’s legacy. The celebrated newsman, who has been with the network since the 1960s, is facing two accusaations of misconduct, including an on-the-record account by former reporter Linda Vester.

In her account, also first published by Variety, Vester says that Brokaw groped her in an NBC conference room in the 1990s while serving as anchor of the “NBC Nightly News” He also tried tried to kiss her on two occasions and went to her hotel room uninvited.

The news veteran has vehemently denied the charges.

“I met with Linda Vester on two occasions, both at her request, 23 years ago because she wanted advice with respect to her career at NBC,” Brokaw said in a statement. “The meetings were brief, cordial and appropriate, and despite Linda’s allegations, I made no romantic overtures towards her at that time or any other.”