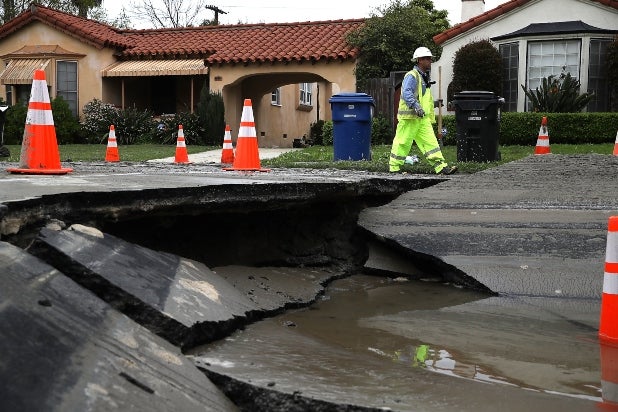 NBC has given a pilot commitment to “La Brea,” a drama about a “massive sinkhole” that opens up in Los Angeles.

The project hails from Universal Television and Keshet Studios. David Appelbaum, who has written for “The Mentalist,” “The Enemy Within” and “NCIS: New Orleans,” will write and executive produce the pilot.

Here is the official description from NBC:

“When a massive sinkhole mysteriously opens in Los Angeles, it tears a family in half, separating mother and son from father and daughter. When part of the family find themselves in an unexplainable primeval world, alongside a disparate group of strangers, they must work to survive and uncover the mystery of where they are and if there is a way back home.”

Earlier this week, NBC gave a series order to comedy “Young Rock” from Dwayne Johnson and “Fresh Off the Boat” creator Nahnatchka Khan.

Written by Khan and Jeff Chiang, the single-camera comedy will chronicle Johnson’s younger years. The actor and former pro wrestler is set to appear in all 11 episodes.