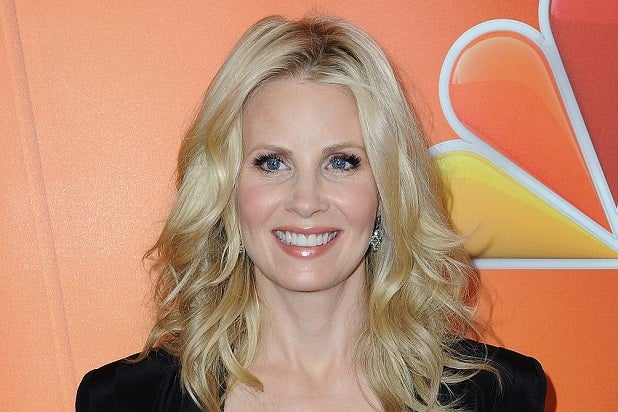 Monica Potter is sticking with NBC.

Potter, whose NBC series “Parenthood” is preparing to end its run, is attached to star in a comedy pilot that was ordered by the network on Monday.

The untitled multi-camera offering revolves around a woman who juggles her busy family life as well as her three ex-husbands, which proves to be difficult when she starts dating again.

Potter is also a producer on the pilot, which comes from Warner Bros. Television and Ellen DeGeneres‘ A Very Good Production.

The network also ordered the comedy pilot “Sharing,” which counts Jimmy Fallon among its executive producers. The single-camera pilot revolves around the different groups of people working side-by-side in a shared office space.

Universal Television an Eight Million Plus are producing “Sharing.”