NBC has ordered the thriller “The Endgame” from executive producers Julie Plec and Justin Lin.

The series stars Morena Baccarin and Ryan Michelle Bathe as a criminal mastermind and the FBI agent trying to stop her plan. Plec will executive produce with Nicholas Wootton and Jake Coburn, who will both write the series. Andrew Schneider is also an executive producer. Lin will direct.

Here is the logline for the series from NBC: 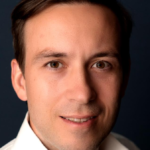 A pulse-pounding, high-stakes thriller about Elena Federova (Baccarin), a very recently captured international arms dealer and brilliant criminal mastermind who even in captivity orchestrates a number of coordinated bank heists, and Val Turner (Bathe), the principled, relentless and socially outcast FBI agent who will stop at nothing to foil her ambitious plan.

The series is from Nicholas Wootton Productions, Jake Coburn Productions, Inc., My So-Called Company and Perfect Storm Entertainment. Universal Television is the studio.

For Plec, “The Endgame” is her second series in the NBCUniversal family. The “Vampire Diaries” creator has “Vampire Academy” set at Peacock. Based on the young adult paranormal romance novels by author Richelle Mead, “Vampire Academy” follows two young women whose friendship “transcends their strikingly different classes as they prepare to complete their education and enter royal vampire society.” It is described as a “serialized and sexy drama” that “combines the elegance of aristocratic romance and the supernatural thrills of the vampire genre.”