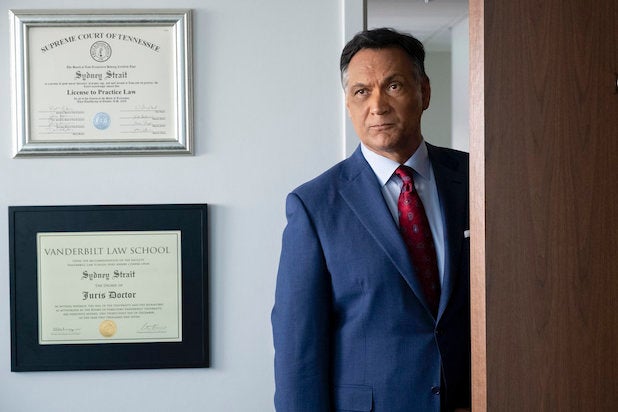 “Bluff City Law” will not get a full-season pickup from NBC and will wrap up after its initial 10-episode order.

NBC had ordered an additional six scripts prior to the Jimmy Smits legal drama’s Sept. 23 debut, but those will not go into production, an individual with knowledge of the decision told TheWrap.

The series has aired four episodes so far and will continue to remain in its Monday at 10 p.m. timeslot. Its last episode is scheduled to air Nov. 25, just before Thanksgiving. The show has not been canceled, and NBC is still keeping the drama’s Memphis-based sets intact, according to the Memphis Commercial Appeal, which first reported the end of production. The individual confirmed that no decision has been made on the show’s future.

“Bluff City Law” starred Smits as Elijah Strait, the legendary defense lawyer from Tennessee who is well-known to all in the Memphis community. Caitlin McGee co-starred as his daughter.

Smits starred as Victor Sifuentes for more than 100 episodes on the NBC’s legal drama “L.A. Law,” which ran from 1986 to 1994. He also had a recurring role on NBC’s “The West Wing” as Matt Santos, a congressman and later president-elect. Smits was nominated for Best Actor in a Drama at the Emmys for six consecutive years, winning in 1990.

On Tuesday, NBC announced that it was pulling freshman sitcom “Sunnyside” from its schedule after just four episodes, banishing the remainder of the season to its digital platforms and effectively canceling the show. However, Hulu (which will also continue to air the rest of Season 1) is eyeing the show for a potential second season as a Hulu original.