NBC has scheduled an April premiere for "Secrets of the Mountain," a Canadian-produced TV movie that’s intended as a backdoor pilot for a possible series. 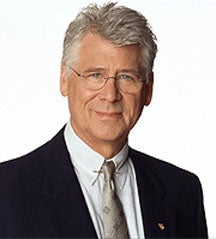 Paige Turco and Barry Bostwick star in the project, with Turco playing a single mom who ends up taking her kids to a mountain cabin owned by her uncle (Bostwick). Muse Entertainment produced the movie.

"Secrets" is now set to air Friday, April 16, from 8-10 p.m., according to a memo NBC has sent affiliates. Given how low ratings are on Friday, it might indicate the network doesn’t have high hopes for the project.

However, there aren’t many other slots on the NBC schedule where a show like "Secrets" might make sense. And the mid-April premiere means NBC programmers will be able to evaluate the show’s performance well before putting together a fall schedule come May.

(Of course, "Secrets" also sounds like something CBS rejected for "Hallmark Hall of Fame." Not exactly on brand for NBC. So… maybe we shouldn’t get too excited about the whole "backdoor pilot" nature of this movie).

In other NBC scheduling tidbits, the network has slotted a one-hour episode of "The Office" for March 4, the same night Jerry Seinfeld’s "The Marriage Ref" premieres at 10 p.m. Could this be the episode in which Jim and Pam become parents?

"Office" fans will also get a quadruple shot of laughs on April Fool’s Day: NBC has slotted a marathon of the show from 8-10 p.m. that night. And on Thursday, April 15, NBC is planning a new "Saturday Night Live" primetime special: "The Women of SNL."