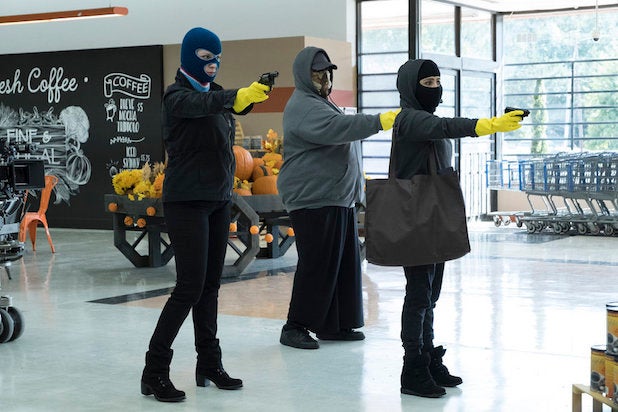 NBC’s “Good Girls” has been renewed for a second season, and the network has also given series orders to two new dramas, “The Enemy Within” and “The Village,” it was announced Monday.

“The Enemy Within” stars Jennifer Carpenter, Morris Chestnut, Raza Jaffrey and Kelli Garner. The thriller follows Carpenter’s former CIA operative Erica Shepherd who gains notoriety as a traitor and is serving a life sentence in a Supermax prison. Chestnut’s FBI Agent Will Keaton enlists Erica to help him track down another criminal, against every fiber of his being.

“The Village” stars Moran Atias, Dominic Chianese, Warren Christie, Frankie Faison, Jerod Haynes, Daren Kagasoff, Michaela McManus, Lorraine Toussaint and Grace Van Dien. The Village is an apartment building in Brooklyn with unique tenants despite its ordinary exterior, according to NBC. The show will tell the heartwarming and challenging stories of single mom and nurse Sarah, law student Gabe, war veteran Nick, Ava, a mother protecting her son from ICE and the heart of the building, Ron and Patricia.

Produced by Universal Television and 6107 Productions, “The Village” is written by Mike Daniels, who will also executive produce, with Jessica Rhoades also as EP. Minkie Spiro will direct and executive produce the pilot.