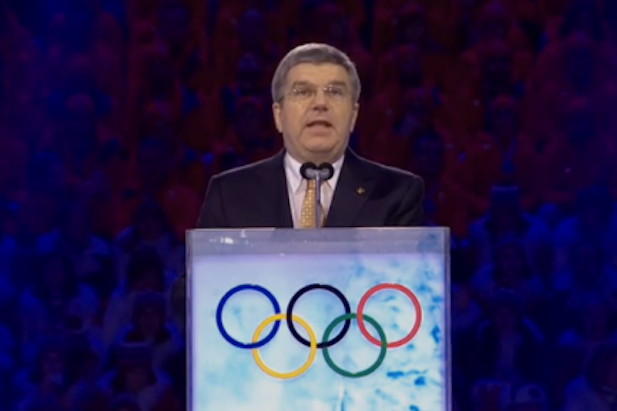 NBC has responded to media reports questioning edits to IOC president Thomas Bach’s speech during the opening ceremony of the Olympics, in which Bach urged everyone not to discriminate against people from other countries.

“The IOC President’s comments were edited for time, as were other speeches, but his message got across very clearly to viewers,” an NBC spokesperson told TheWrap.

Also read: Sochi Winter Olympics: 10 Things to Watch For Other Than Sports

Bach’s comments will appear anodyne to many. He encouraged the athletes “to live together under one roof in harmony, with tolerance and without any form of discrimination.” Yet questions of equality and civil rights hover over these Olympics Games. NBC hosts Matt Lauer and Meredith Viera acknowledged as much early on in the broadcast Friday, noting that in a “perfect world” we could just focus on the athletes.

That’s not going to happen. Russia has passed a spate of anti-gay laws, and remains a repressive and closed society where dissent is not only unwelcome but often punished. It didn’t take long for sites like Deadspin and Slate to question NBC’s decision to edit the speech, though NBC was in hot water anyways.

The network angers the online commentariat every two years when it opts not to air the Opening Ceremony of the Olympics live, and Friday #NBCFail trended on Twitter at various points throughout the day. Those on the east coast watch it late, and can find out what happened from coverage online. Those on the west coast have to watch it even later, after everyone on the east coast spoiled everything on social media. Not that NBC needs to worry. Millions of people will still tune in.

Viewers across the country can stand together on this one point: they all missed the parts NBC edited out. You can read the full transcript of Bach’s remarks here.