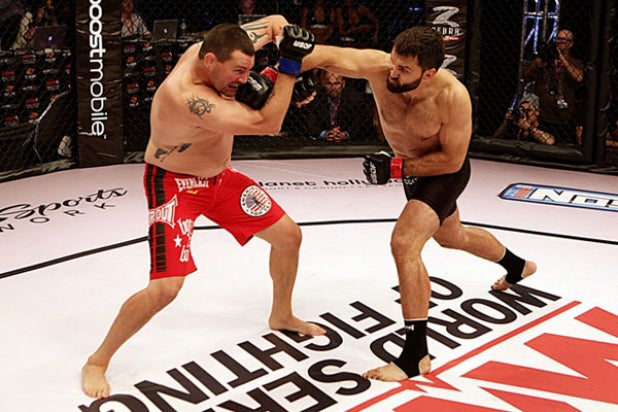 Prepare for a beatdown that will last for years.

The multi-year renewal extends the partnership — which began with World Series of Fighting’s debut in November 2012 — and includes multiplatform rights to the organization’s events, which will be televised on NBCSN and NBC, and featured on the network’s digital platforms.

To date, NBCSN has televised all World Series of Fighting events live.

“We are excited to extend and broaden our partnership to continue to bring World Series of Fighting’s unique brand of elite mixed martial arts to our viewers,” said Jon Miller, president of Programming for NBC and NBCSN.

WSOF President Ray Sefo added, “We have enjoyed tremendous success as a young company with the great people at NBC, and we are thrilled to be continuing on this journey with them for years to come. World Series of Fighting will continue to put on premier MMA events around the world with some of the world’s best fighters, and we’re so proud to be able to share it with all of NBC and NBCSN’s viewers.”