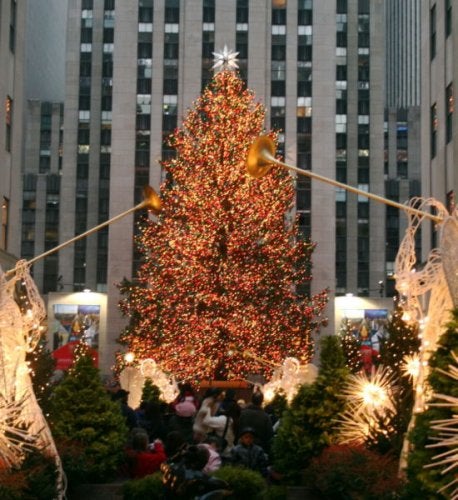 A strike that would have imperilled the lighting of the Christmas tree outside NBC’s famous 30 Rock headquarters has been avoided, the network’s main union announced on Wednesday.

Negotiations between NBC officials and members of the National Association of Broadcast Employees and Technicians (NABET-CWA) Local 11 had stalled recently. At the heart of the dispute was the fact that the network had not renegotiated a contract for roughly 3,000 writers, producers, and technical staff that expired in March. The union wants broadcast technicians to be given employment guarantees in any future deal with NBC.

Tuesday, it sent out a release threatening to boycott the Christmas ceremony, before backtracking on its threat today.

In response to the previous ultimatum, a spokeswoman for NBC told the Wall Street Journal: “It is ironic that NABET is apparently unhappy about lack of progress in its NBC Universal negotiations when it is the union which recently canceled three days scheduled for negotiations, November 18, 19 and 20th… Progress can only be made in labor negotiations when the parties are negotiating. It is unfortunate that the union is resorting to threats as opposed to meeting its obligation to engage in collective bargaining.”

Despite the temporary cessation of hostilities for the tree unveiling, union president Ed McEwan maintained a combative tone in his statement Wednesday.

"We’re not going to let the Grinch at NBC ruin Christmas for millions of people around the world," McEwan said in a statement. "So we’re going to stay on the job. We hope that NBC sees Christmas as a time of goodwill, too, and that they negotiate a new and fair contract with us."

"We began negotiating our contract more than a year ago and have seen little progress in our talks because NBC has simply ignored our concerns," McEwan added. "Instead of trying to throw snow in everyone’s eyes, NBC should answer the charges against them of unfair negotiating."