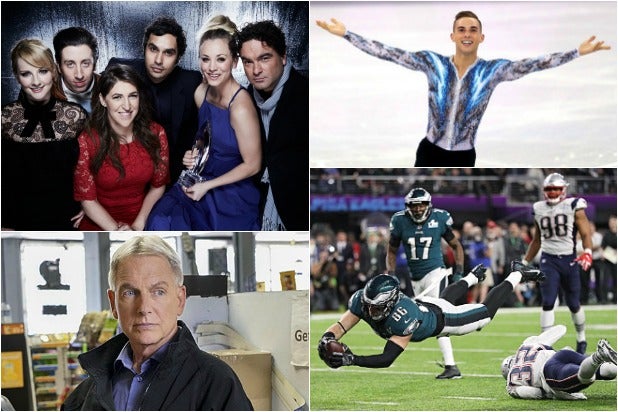 The 2017-18 traditional Nielsen television season is in the books, and NBC can claim its second-straight (and fourth out of the last five years) ratings victory in a row among adults 18-49.

CBS, however, came from behind to win its 10th straight season (and 15th out of 16) among total viewers. That’s damn impressive given the circumstances. With both the Super Bowl and Winter Olympics this year, it seemed like ’17-’18 would be the season NBC could unseat CBS in terms of overall eyeballs. Instead, the Les Moonves-led network caught up and passed Bob Greenblatt’s last week, just in time for the victor to gloat at its upfront presentation.

Since we brought up “damn impressive” comebacks, how about ABC? Post-Olympics, ABC was deep in fourth place. Led by “Roseanne,” ABC has been No. 1 in the key demo ever since. All told, the Disney-owned broadcaster finished in a three-way tie (with CBS and Fox) for second, its best spot in a decade.

NBC’s “Sunday Night Football” was once-again TV’s top show in the key demo, averaging a 6.2 rating. The same network’s “This Is Us” was right behind it, with a gaudy 5.4 rating.

Both of those high-rated sitcoms should grow a bit more with delayed viewing for their season finales — it’s too late for football.

CBS’ “NCIS” and “Young Sheldon” rank next, with 16.7 million viewers and 16.3 million, respectively, and for now. Then there is ABC’s “Good Doctor,” some more “Thursday Night Football,” CBS’ “Bull,” and so on.

Below are the raw by-network Nielsen stats through 34 completed weeks.

Both the 18-49 rating and total-viewer averages are from Nielsen’s “most current” metric, and include a week of delayed viewing where available.