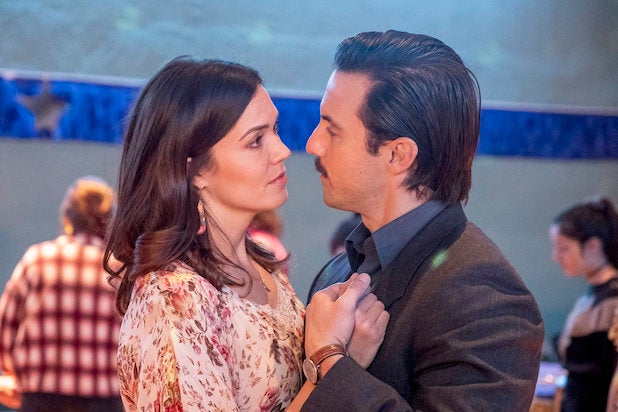 With two nights left to count, NBC is poised to win its third-straight September-to-May season in TV ratings — its fifth victory in six years. CBS will pretty comfortably take the traditional Nielsen season in terms of total viewers.

NBC edging out CBS for a victory in the advertiser-coveted adults 18-49 demographic is impressive considering that it didn’t have the Super Bowl, “Thursday Night Football” (which was previously shared by NBC and CBS, but moved to Fox last fall) or the Winter Olympics over the 2018-19 TV season — all of which aired on the network during the 2017-18 span.

Meanwhile, CBS broadcast this year’s big game and the final season of its long-running ratings star “The Big Bang Theory,” but also felt the loss of “TNF.”

Ahead of the traditional TV season’s end this week, NBC is averaging a 1.6 rating in the demo, coming in first in a close race against CBS and Fox, which tied for second place, both with a 1.5. ABC is in fourth with a 1.2 and The CW is bringing up the rear with a 0.4, according to the “most current” averages from Nielsen.

When it comes to the overall-eyeballs competition, CBS reigns supreme for its 11th straight season (and 16th out of 17) with an average of 8.9 million total viewers. NBC comes in second, scoring 7.2 million viewers, ABC is in third with 5.6 million, Fox is close behind with 5.4 million, and The CW is in fifth place with 1.3 million.

NBC’s “Sunday Night Football” was once-again TV’s top show in the key demo, averaging a 6.1 rating. Fox’s “Thursday Night Football” (which, as we said before, aired on both CBS and NBC during the 2017-18 season) came in second with a gaudy 4.4 rating. NBC’s “SNF” pre-game show landed in third with a 4.0 rating. That same network’s “This Is Us” is tied for fourth place with Fox’s freshman singing competition, “The Masked Singer,” both of which scored a 3.8 rating. The final season of CBS’ “Big Bang Theory” is in sixth with a 3.6.

Below are the raw by-network Nielsen stats through 34 completed weeks. Readers can see how the 2017-18 TV season race went here.