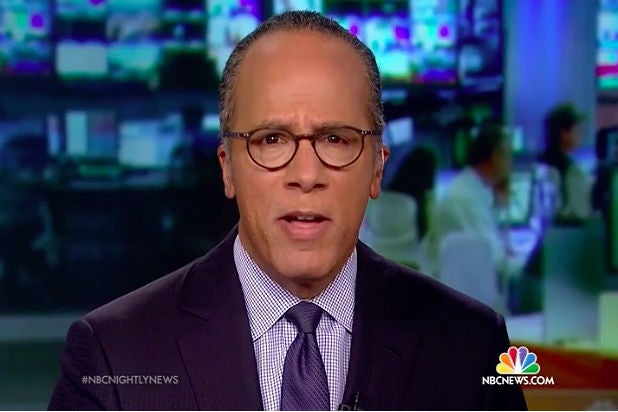 Tuesday’s early returns are in — and the Nielsen ones too. NBC beat ABC and CBS in TV ratings on midterm election night, when Fox broadcast channel aired a pair of scripted dramas.

Here are the metered market averages for NBC, ABC and CBS from 8-11 p.m., which is primetime:

Those are Nielsen’s overnight ratings, which come out earlier — but are more accurate in terms of time zone adjustments — than the fast national ones, which we report daily. Official numbers are expected by 1 p.m. ET. That is when we will have an accurate total-viewer tally.

NBC also won into Wednesday’s wee hours, when the midterm election coverage reconvened. The time periods for that comparison are a bit wonky, however, as ABC and CBS let their late-night hosts go live and thus pushed out their news programming to later returns.

Jimmy Fallon took the night off, which gave NBC the most favorable time slot to return. As such, it is no coincidence that NBC won this imperfect comparison by an even larger margin than it did primetime:

In terms of those late-night shows, Jimmy Kimmel bested Stephen Colbert in the key 18-49 demographic in the 25 metered markets we can currently report. That said, Colbert is ahead in terms of households, and is expected to finish with more total viewers than his ABC competition.