When it comes to nominations, the Emmys are the gift that keeps on giving.

The Los Angeles Area Emmy Award nominations were announced Thursday, with KNBC leading the way with 15 nominations, followed by KTLA with 14, Fox Sports West/Prime Ticket and KCET with 13, and KCBS with 12.

L.A. television personality Steve Edwards (below), a fixture on local television for more than 30 years, will receive the Los Angeles Area Governors Award. 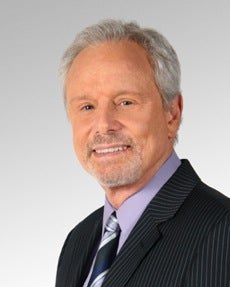 The nominations are part of an Emmy landscape that includes the Primetime Emmys, the Daytime Emmys, the Sports Emmys, the Technology & Engineering Emmys and 20 regional ceremonies, from Los Angeles and New York awards to the Heartland Emmys, the Lower Great Lakes Emmys and the Lone Star Emmys.

The Los Angeles awards, voted on by national and L.A.-area members of the Academy of Television Arts & Sciences, will be presented on Saturday, July 31, at the Leonard H. Goldenson Theatre at the TV Academy’s headquarters in North Hollywood.

Nominations were made in 42 categories, covering the fields of local news, sports, cultural programming, children’s programming, special events, investigative reporting, graphics and public service, among others.

In some areas, a single station dominates: KCET, the local public television station, received all four nominations in the Information Segment category, while eight of the 11 sports nominations went to shows about the Los Angeles Lakers, including every single nomination in the Live Sports Coverage, Sports Feature and Sports Tease categories.

The full list of nominations can be found here.