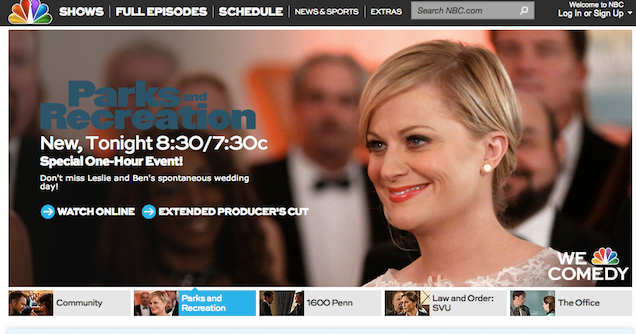 NBC.com was hacked into on Thursday morning, said security experts who believe the site might have have infected visitors' computers with malware.

The site is back up now. But cyber security researchers cautioned against visiting the site on Thursday afternoon, saying the malware that many web browsers warned visitors of could be used for fraud or spying.

An NBC spokeswoman said the company was looking into the hacking. "There was a problem we are working on," she said. "It's still being investigated."

The online security firm SurfRight said in a blog post that the malware, called the Citadel Trojan, is used by cyber criminals for "banking fraud and cyber-espionage."

"Our research team is analyzing the case (and the malware) and we will post more updates soon," security firm Securi wrote in a blog post. "What we can tell is that you should not visit NBC’s site right now."

"There were two exploits links on the NBC website," one on the homepage and another deeper inside the site's code, reported the HitmanPro security blog.

A number of prominent websites have been hacked in recent weeks.

A New York Times report in January detailing apparent Chinese hackers infiltrating its internal systems prompted a sudden uptick in hacking, or at least in companies admitting to being hacked.

Earlier this month Twitter said 250,000 accounts were compromised when its system was breached. Then, Facebook said last Friday that it was the victim of a "sophisticated attack."

And on Tuesday, Apple said its systems were hacked, but no user data was compromised.