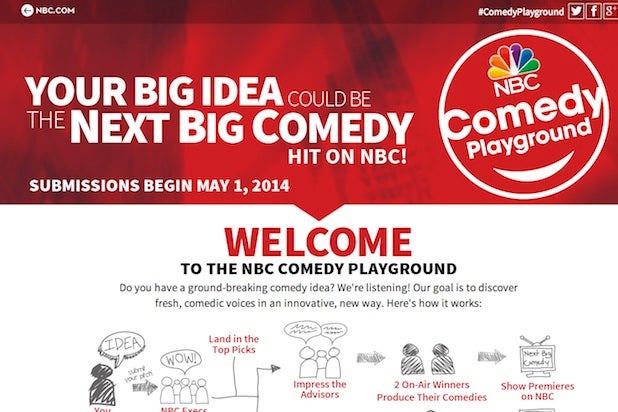 NBCUniversal may not be the one laughing in the end if a judge decides the name for its new talent competition, NBC Comedy Playground, is infringing on the rights of another company.

Los Angeles-based Comedy Playground, a group that has trained people in comedic skills for more than a decade, filed a complaint with the U.S. Central District Court of California accusing NBCUniversal of federal and state trademark infringement and unfair competition, according to documents obtained by TheWrap.

The company is seeking an unspecified sum for damages, the sum of any profit NBCU has made off their program and an immediate stop to the use of the Comedy Playground name.

The NBC Comedy Playground, which was announced earlier this month, is a contest meant to find new and emerging comedic talent to create new shows for the broadcast network and online.

The plaintiff said that its program’s training methods have been implemented “regionally, nationally and internationally.” They also “appeal to participants of all ages, ethnicities, and cultural backgrounds.” Additionally, they said its graduates have moved on to careers on “the professional comedy club circuit as well as successful sitcoms and feature films.”

Also read: NBC: No ‘Will & Grace’ Reunion in the Works

The plaintiff also pointed to Google web search results that showed “consumers searching for Comedy Playground on the Internet will be flooded with pages of listings of articles, sponsored links, advertisements, and information, all about NBC’s contest.”

When TheWrap reached out to NBC regarding the suit, a network representative declined to comment.

Read the complaint below.