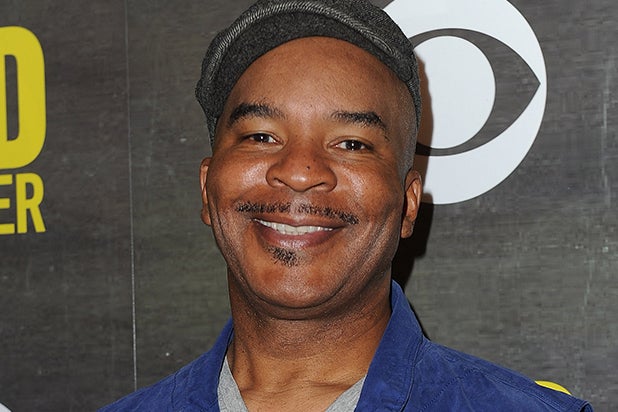 NBC has cast David Alan Grier to play the Cowardly Lion in its live production of “The Wiz,” the network announced Tuesday.

Grier will play the fraidy cat who asks Dorothy if he can join her on her journey down the yellow brick road to Oz.

The “In Living Color” comedian joins the previously announced Queen Latifah, Mary J. Blige and Stephanie Mills, known for originating the role of Dorothy on Broadway’s “The Wiz.”

Latifah will star as the Wiz, the mysterious and powerful wizard who holds the keys to the Emerald City, but whose metamorphosis from ordinary to extraordinary is itself a hoax. She rose to her lofty position after being transported by accident to Oz in a hot air balloon during a snowstorm.

Mary J. Blige will play Evillene, the Wicked Witch of the West, who holds sway over the Winkies and the Winged Monkeys that do her bidding. She captures Dorothy and her friends to avenge the unintentional murder of her evil sister, Evvamean, and to get back the powerful silver slippers given to Dorothy by the Good Witch of the North.

“The Wiz Live!” is adapted from “The Wonderful Wizard of Oz” by L. Frank Baum, with a book by William F. Brown, and music and lyrics by Charlie Smalls. The production opened on Broadway in 1975 at the Majestic Theatre and won seven Tonys, including Best Musical.

Craig Zadan and Neil Meron (“The Sound of Music Live!,” “Peter Pan Live!,” Oscar-winning “Chicago”) will serve as executive producers. Kenny Leon (“A Raisin in the Sun”) will direct, with Harvey Fierstein (“Torch Song Trilogy,” “Hairspray” and “La Cage aux Folles”) providing new written material. Universal Television is producing in association with Cirque Du Soleil Theatrical. Craig and Meron have also produced the Oscars for the past three years, but will not be returning for 2016.

Grier has had an extensive television career and co-starred on one of the seminal comedies of the 1990s, “In Living Color.” Other series include “Martin,” “Life With Bonnie,” “Crank Yankers,” “Happy Endings” and “Law & Order: SVU,” while film credits include “Jumanji,” with Robin Williams and “The Woodsman” with Kevin Bacon.

“The Wiz Live” will premiere on NBC on December 3.