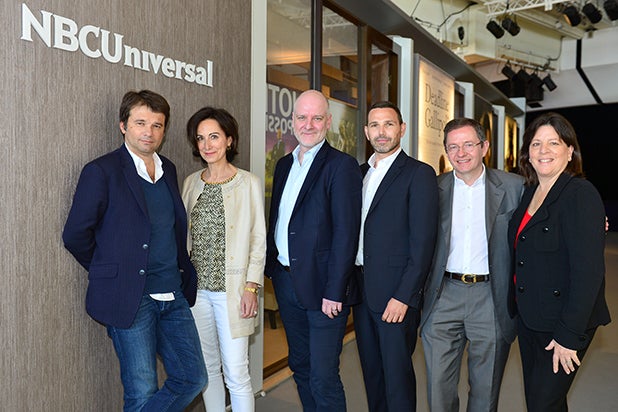 Conceived by NBCU-ITVP President Michael Edelstein, the partnership is designed to produce up to three new dramas over two years and will benefit from NBCUniversal’s experience in producing high-quality, long-running procedural dramas such as “Law & Order” and “House.”

“Procedural drama is a highly popular TV format in the global marketplace due to its episodic, rather than serialized, format,” said Edelstein in a statement. “This pioneering venture with RTL and TF1 has the ability to create a number of exciting new series and represents the bold approach of these forward thinking broadcasters. For the first time, our partners will have the opportunity to commission US procedural drama directly from a company with a proven track record of success in the genre.”

JoAnn Alfano, NBCU-ITVP’s EVP of Scripted Programming, and her team in Los Angeles will oversee the day-to-day creative, including development and production for each project. The projects will be written, shot and cast in North America. The dramas will be developed to have broad international appeal, with each season comprising between 12 and 14 episodes. Production is targeted to begin in Spring 2016 for a fall/winter delivery.

All partners will have an active role in the co-production partnership. A dedicated Creative Board, led by Alfano, will direct editorial and greenlight decisions and will be comprised of RTL EVP of Productions & International Acquisitions Joerg Graf, Vox Television GMBH CEO Bernd Reichart and two executives from TF1 and Edelstein.

RTL and TF1 will own the rights in their respective territories, and NBCUniversal will license the rights for the US and the rest of the world on behalf of the partnership.