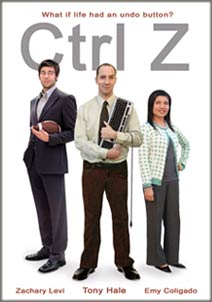 Just like the short, the series stars Tony Hale — formerly of “Arrested Development” – as a disgruntled employee who develops powers that help him control his office with his computer.

Nestea is helping to finance the series because Hale derives his newfound abilities from a Nestea drink. In the original short, Hale gained his powers from a standard broken keyboard, but in the series, a drink spills on his keyboard, giving Hale the ability to rewind time or read people’s minds.

Kirbyson, a Canadian filmmaker, is currently working on a feature length family comedy titled “Snowmen,” but will still write and direct every episode. NBC Universal has planned a ten-episode run on a variety of platforms, including cable, gaming consoles and broadband sites such as NBC.com and Hulu.

In addition to the show, NBC and Nestea will also collaborate on its website, which will feature the “CTRL” installments, branded games and a blog by the main character.