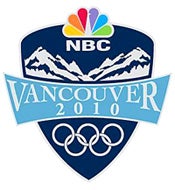 Excluding the Olympics, NBCU revenue and profit would have been virtually unchanged, GE said.

Immelt pointed out a few positives for NBC’s broadcast unit. He said that ratings have increased at 10 p.m. with Jay Leno back in his old slot at "The Tonight Show.” GE executives did not mention Conan O’Brien by name, although Coco did appear on one of the investor slides (see below).

"Jeff Zucker and his team accomplished a lot this quarter," GE CFO Keith Sherin said. "The Olympics gave us a great platform to revamp 10 p.m. and late night, and the ad market continues to improve."

But Immelt said he expects to see growth at NBC through the remainder of the year. "Our worst quarter is behind us," Immelt said.

GE is awaiting the regulatory approval of Comcast and NBCU’s blockbuster merger, announced late last year. Immelt said the company is continuing to work diligently through the comments period. 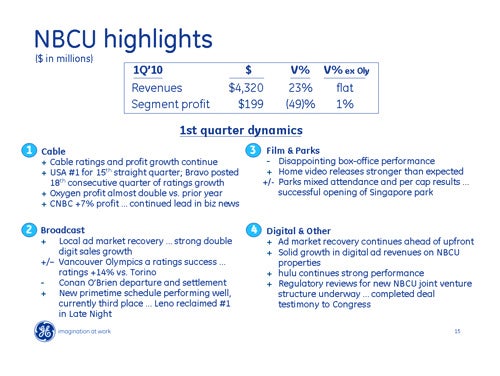