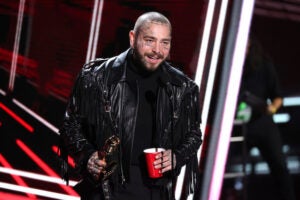 But many in the company’s newsrooms, including Savannah Guthrie, are ”pissed,“ insider tells TheWrap

NBCUniversal CEO Jeff Shell thinks it is “fair” to forge ahead with Donald Trump’s town hall Thursday evening, a highly placed NBCUniversal insider told TheWrap. This, despite mounting public calls for NBC to move the event away from Democratic rival Joe Biden’s own town hall in the same 8 p.m. ET time slot on ABC.

“We share in the frustration that our event will initially air alongside the first half of ABC’s broadcast with Vice President Biden,” Conde said Thursday in a statement. “Our decision is motivated only by fairness, not business considerations. We aired a town hall with Vice President Biden on October 5 at 8pm. If we were to move our town hall with President Trump to a later time slot we would be violating our commitment to offer both campaigns access to the same audience and the same forum. We hope voters will watch both discussions — ours will be available at any time, free and on-demand on YouTube, Peacock and all our digital news platforms.”

The C-suite-level sentiment isn’t shared by many in the NBCUniversal bullpens. Staff in the newsrooms are “so pissed,” a veteran executive with knowledge inside the company told TheWrap. Several NBC affiliates share that anger, despite the fact that they stand to gain from the TV ratings that Trump is expected to bring in tonight, the executive said.

#BlackoutNBC and #BoycottNBC tag trended Wednesday and Thursday on Twitter and a long list of prominent producers and actors — including stars of NBC’s “This Is Us” and the “SVU” shows — demanded that the network move the town hall so that it would not overlap with the Biden event. Observers complained that NBC — which made Trump famous with “The Apprentice” years ago — was being unfair. A voter can’t, after all, watch two channels at once.

An individual with knowledge of the negotiations said that CBS was also competing for the Trump town hall, and that to secure the deal NBC threw in its additional networks MSNBC, CNBC and Telemundo. This virtually guarantees that the event’s aggregate ratings will be higher than Biden on ABC. An NBC News spokesperson denied that CBS was in the mix.

The spokesperson also said that the network did not discuss moving the time slot with the Trump campaign even after they learned that the Biden town hall on ABC was scheduled to air at the same time and attributed the backlash to “peoples’ understandable frustration with the president.”

Nonetheless, the network has a massive public relations headache on its hands, with pressure from inside and outside the network disputing the judgment of its decision. “It’s got to be country before network,” one angry former top executive said. “This isn’t some soap opera ratings stunt.”

Savannah Guthrie, the “Today” anchor who is set to moderate the Trump town hall, is also upset with NBC’s decision to move forward. Guthrie plans to “suck it up and do her job,” the former NBCUniversal executive said.

“Savannah is the best griller and interviewer there is, this won’t be a walk in the park for Trump,” an NBC News insider told TheWrap. NBC News also defended its decision on the timing, saying the network is following the same exact plan — including the format, duration and time slot — it did for a Biden town hall event last Monday.

Another top news executive questioned the judgement call, echoing what several sources told TheWrap: “They didn’t have to do it the same night to be ‘fair,’ they could have done it another night at 8,” the executive said. “Really bad instincts here.”