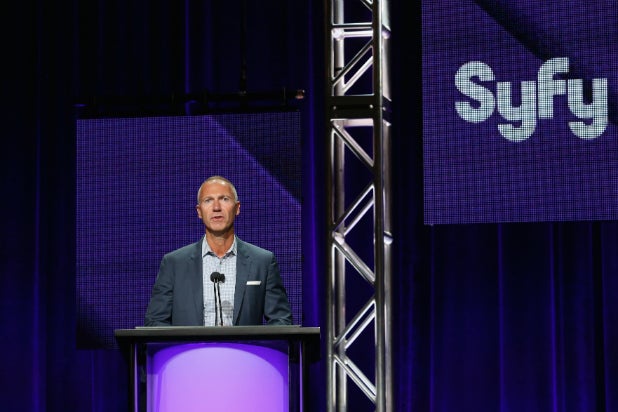 Dave Howe is leaving his role as president of strategy and commercial growth at NBCUniversal after 18 years.

Howe announced the news of his departure on Tuesday in an internal memo.

“These last two decades have been some of the most fulfilling and rewarding of my career,” Howe said.

He also highlighted the “two very different chapters” he’s had at NBCUniversal — first as chief of Syfy, and then for the last three years as president of NBCU’s strategy.

“It was an amazing ride!” he added.

Howe was hired at SYFY in 2001 as head of marketing and later rose to general manager, before being named president of the network in 2008. He began overseeing cable horror network Chiller in 2009. As president of strategy and commercial growth, he was responsible for identifying growth opportunities for the company’s domestic and international portfolio as well as overseeing business development. He was also in charge of exploring new business models, platforms and technologies for USA Network, SYFY, Bravo, E! Entertainment, Oxygen, Universal Kids, the Hollywood studios Universal Cable Productions and Wilshire Studios, and Bluprint.

Read the full memo below:

“I wanted to share with you that after 18 incredible years, I will be leaving NBCUniversal. These last two decades have been some of the most fulfilling and rewarding of my career.

I’ve been fortunate to have had two very different chapters in my time at the company. The first with SYFY, alongside an extraordinary team who dared to think differently. Our achievements helped transform SYFY into the ultimate destination for smart, award-winning science fiction content. Together, we launched groundbreaking series like Battlestar Galactica, The Magicians and the Expanse, as well as unforgettable social media sensations like Sharknado! It was an amazing ride!

And then for the last 3 years, in a pioneering new role designed to bridge our traditional linear businesses with the digital, direct-to-consumer world. We invested and partnered with a number of fast-growing digital businesses from podcasting and fan fiction to interior design, beauty and virtual reality. The highlight was acquiring Bluprint, an innovative lifestyle content and commerce platform for makers. It’s been a terrific experience working with the Bluprint team to help transform the business in partnership with almost every area of NBCUniversal.

Each of you have helped elevate my game and I will always admire your passion and dedication to excellence. I will work closely with Maggie and John to ensure a smooth transition. It’s been a great privilege to work at NBCUniversal.

Thank you all,
Dave”