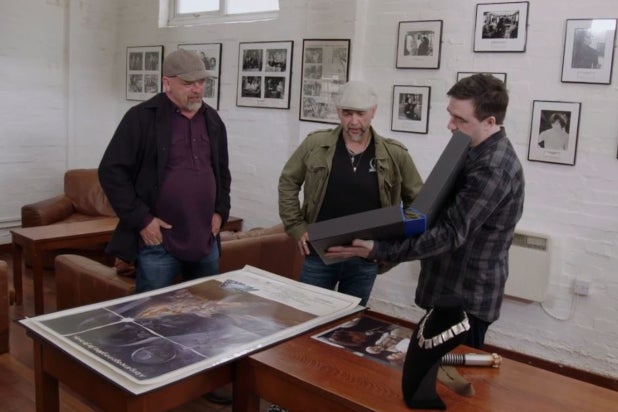 Peacock will get an infusion of unscripted series from A+E Networks when it launches this spring as part of wide-ranging licensing deal.

The upcoming streaming platform from NBCUniversal will get the back catalogs of series from A&E and History, including “Cold Case Files,” “First 48,” “Storage Wars,” “American Pickers,” “Ancient Aliens,” “Curse of Oak Island,” “Pawn Stars” as well as History’s scripted drama “Project Blue Book.”

Peacock will launch for Comcast subscribers on April 15, before rolling out nationwide in July. The series will be available on the service sometime after its launch.

“We are excited to make some of A+E Networks’ most popular shows available on Peacock later this year,” said Frances Manfredi, President, Content Acquisition and Strategy, Peacock and NBCUniversal Digital Enterprises. “In addition to the strong portfolio of NBCUniversal programming available on Peacock, we continue to aggregate content from other networks and studios, like A&E and HISTORY, that maximizes the breadth and depth of choice for our customers.”

“We are excited to partner with Peacock,” added Steve MacDonald, President, Global Content Licensing and International, A+E Networks. “We of course strongly believe in the power of the A+E Networks’ library of content, and that it will prove to strengthen Peacock’s offerings.”

Peacock will have two separate tiers of service, both of which will be free to Comcast and Cox’s 24 million subscribers.

The free option, called Peacock Free, will include next-day access to current seasons of freshman broadcast series on NBC, as well as library content and curated daily news and sports programming. As for Peacock originals, this option only includes “select” episodes as well as access to what Peacock is calling “streaming genre channels” like “SNL Vault,” “Family Movie Night” and “Olympic Profiles.”

The second tier, called Peacock Premium, will available for no extra charge to Comcast and Cox subscribers. For everyone else, it will cost $4.99 a month for an ad-supported option, or $9.99 a month to have no ads. The Premium tier features everything on the Free option but includes all Peacock Originals, early access to late-night series like “Tonight Show” and “Late Night” and more sports including Premier League soccer.

Peacock will have live programming including news and sports, including same-day broadcasts of “NBC Nightly News” and “Meet the Press” and channels like NBC News Now, Sky News and the new international news channel NBC/Sky Global News. For sports, Peacock will have live coverage of the Opening and Closing ceremonies for the Olympics, and three daily shows. NBC Sports’ coverage of the Premier League and Ryder Cup will also be on Peacock, on a non-exclusive basis with NBC Sports Gold, the company’s sports-themed streaming service.