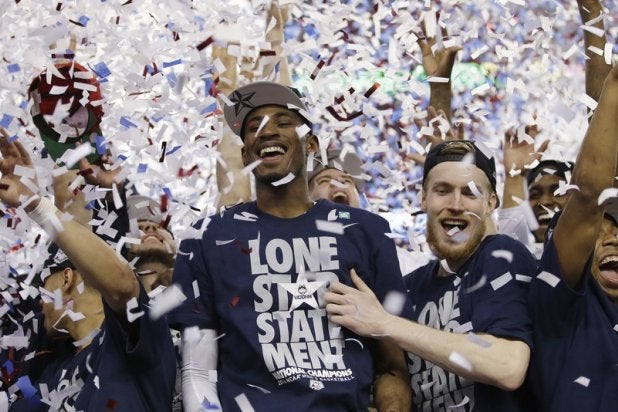 A federal judge has ruled in favor of the NCAA college athletes on Friday in a lawsuit alleging that the NCAA unlawfully bars them from licensing their own likenesses for profit, while the organization is able to do so. The new ruling could pave the way for the student athletes to receive compensation for use of their likenesses, changing the way the NCAA operates drastically.

The suit specifically refers to NCAA video games that user player likenesses. Students were allegedly forced to sign waivers before they were allowed to participate in college athletics, and that purportedly gave the NCAA the right to exploit their likenesses in other media, with no compensation to the students.

“The popularity of college sports would not suffer if current and future student-athletes were given the opportunity to receive compensation from their schools after they leave college,” wrote U.S. District Judge Claudia Wilken in her ruling, but she didn’t go so far as to suggest student athletes should be allowed to endorse commercial products.

The suit was first brought by current and former student athletes against the NCAA in 2009 to challenge the organizations rules that barred student compensation for the mens’ football and basketball players. In particular, they were targeting use of their likenesses in video games and television broadcasts.

In her judgment, Wilken found that the rules “unreasonably restrain trade in the market for certain educational and athletic opportunities offered by NCAA Division I schools.” The court determined that the NCAA’s pro-competitive justification could be achieved through less restrictive means.

The court found that by restraining the ability of the student athletes to receive compensation put it in violation of antitrust laws. Wilken further stated that the injunction would not be stayed pending any potential appeal. It will take effect at the start of the next recruiting cycles for both sports.