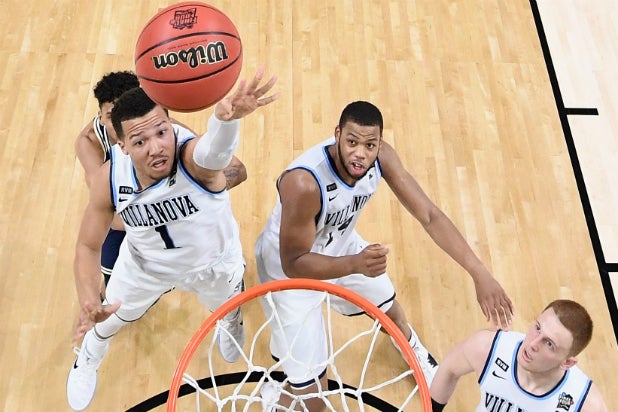 Monday’s National Championship Game was not one for the ages — unless you’re a Villanova Wildcats fan, we suppose. Still, the Pennsylvania-based university’s win over the Michigan Wolverines struggled to an all-time TV ratings low across TBS, TNT and truTV combined.

The March Madness finale’s 10.3 overnight rating in the 56 metered markets was a whopping 29 percent lower than last year’s game, though that one ran on CBS. Still, the Turner-suite game was the No. 1 telecast on all of TV last night — yes, even beating “The Voice” and “American Idol.”

Also Read: Ratings: ABC's 'The Crossing' Premiere Wins at 10PM - But It's No 'Good Doctor'

Aside from the simply airing on the cable channels, which generally see lower tune-in than broadcast, Monday’s contest was historically low-rated due to the fact that it was just a bad basketball game. The 17-point final score differential tied for the biggest blowout since 1992.

And the lame game became pretty one-sided early on, which is reflected in these earliest-available Nielsen numbers. Peaking with an 11.5 overnight rating from 10-10:15 p.m. ET, the contest saw its final quarter-hour drop all the way to a 7. In other words, a bunch of casual college hoops viewers bailed by the end.

That’s not good for a sports event, and so neither were this one’s averages. We’ll get final numbers for the game — including total viewers — later this afternoon.