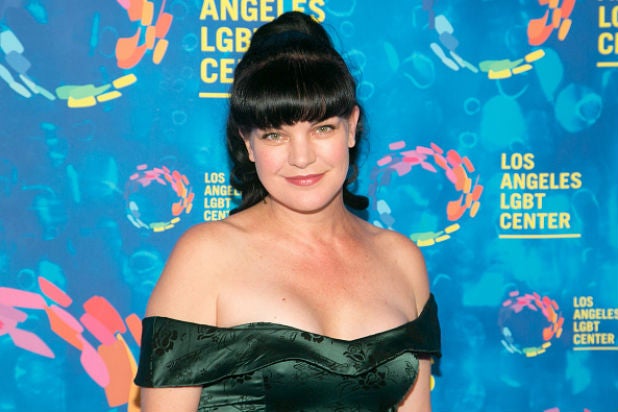 Pauley Perrette had a dream … about sharing a “lovely” conversation with George H.W. Bush during a long plane flight.

“NCIS” alum Perrette took to Twitter early Saturday, shortly after news broke that the 41st President of the United States had died at age 94.

According to Perrette, while she “didn’t align” with all of Bush’s politics, the dream “softened me to REALLY look at both sides” and “helped me understand my Republican Dad.”

“So years ago I had dream about #GeorgeHWBush,” the actress began her tweet.

“I didn’t align with all of his politics but in my dream we were on a long plane ride together and sat next to each other,” Perrette continued. “We talked for hours and hours. He was kind, as was I. We discussed many things.”

Perrette also tossed in a jab at the nation’s current chief executive in her recollection.

Also Read: That Time George HW Bush Invited Dana Carvey to the White House to Spoof Him to His Face (Video)

“It softened me to REALLY look at both sides. (Not now, [T]rump is the friend of NO ONE but himself, and that’s not political, it’s just personal, ANY other republican would have spared us this shame!),” Perrette wrote.

“Anyways, #GHWB and me had a lovely talk, calm, talked about our differences in policy and the things we agreed on, and it was one of the best dreams ever,” Perrette continued.

“It helped me understand my Republican Dad, it helped me learn that we can disagree and still be kind and respectful to one another,” the actress concluded.

“Jeb, Nell, Marvin, Doro, and I are saddened to announce that after 94 remarkable years, our dear Dad has died,” the younger Bush said Friday night. “George H. W. Bush was a man of the highest character, and the best dad a son or daughter could ask for. The entire Bush family is deeply grateful for 41’s life and love, for the compassion of those who have cared and prayed for Dad, and for the condolences of our friends and fellow citizens.”

Statement by the 43rd President of the United States, George W. Bush, on the passing of his father this evening at the age 94. pic.twitter.com/oTiDq1cE7h

Read Perrette’s entry into her social-media dream diary below.

So years ago I had a dream about #GeorgeHWBush… pic.twitter.com/MM3fqw5yn1