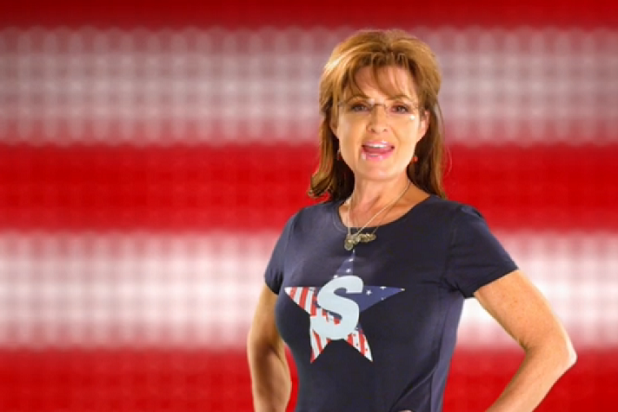 Can’t get enough Sarah Palin? That’s a thing of the past. The right-wing firebrand on Sunday launched her own online video channel at SarahPalinChannel.com, part of a new, subscription-based platform called TAPP founded by two prominent former TV executives.

The paid-subscription channel will include videos and “commentary on important issues facing the nation” by the former vice presidential candidate and Alaska governor, according to the news release. Palin will serve as executive editor and, of course, chief talent.

“Additionally, the channel offers subscribers  a behind-the-scenes look into Governor Sarah Palin’s personal life as mother,  grandmother, wife and neighbor,” the release contiues. “Channel members will also have the ability to post their own videos, send questions to the Governor and participate in online video chats, where they can talk directly with her and other subscribers.”

Membership to the channel will cost $9.95 per month, or just $99.95 for a full year.
Steve Arterburn’s New Life TV (https://tv.newlife.com), hosted by the popular relationship counselor and radio host launched earlier this year and has been profitable in less than four months, according to TAPP.  “Subscription video is taking off,” said Gaspin, who serves as TAPP’s chairman. “Audiences are clearly open to paying for premium access to deeper dive content they love.”

Investors in TAPP include Discovery Communications, as well as individuals including investment bankers Ken Moelis and Peter Ezersky.  They were recently joined by Luminari Capital, a Silicon Valley venture fund founded by Daniel Leff to invest in disruption and innovation in the digital video ecosystem.