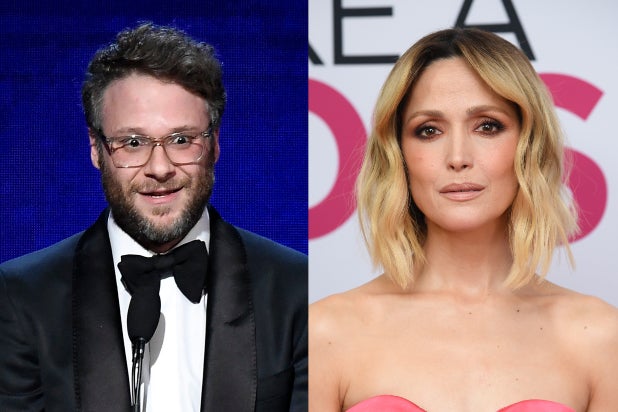 Seth Rogen and Rose Byrne are reteaming with their “Neighbors” director Nick Stoller for an Apple TV+ comedy, “Platonic.”

Stoller directed the pair in the 2014 comedy “Neighbors” and its sequel, which also stared Zac Efron.

“Platonic” is a 10-episode half-hour comedy which explores the inner workings of platonic friendship. A pair of former best friends who met in their youth (played by Rose Byrne and Seth Rogen) reconnect as adults and try to mend the rift that led to their falling out. As their friendship becomes more consuming, it destabilizes their lives and causes them to reevaluate their choices.

Also Read: Scarlett Johansson to Star in Sebastian Lelio's Drama 'Bride' at Apple and A24

In addition to writing, Stoller will direct. Rose Byrne, Seth Rogen and Conor Welch will serve as executive producers on the series. The series will be produced for Apple by Sony Pictures Television.

Byrne is also set to star in another Apple TV+ comedy, “Physical.” That series, set in a 1980s Southern California beach community, follows a woman (Byrne) struggling in her life as a quietly tortured housewife who finds an unconventional path to power through an unlikely source: the world of aerobics.