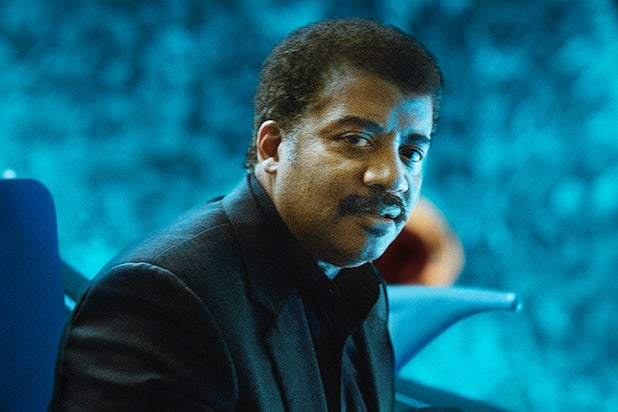 “Cosmos: Possible Worlds” finally has a premiere date at National Geographic. The 13-episode season will debut March 9, 2020 on the cable channel and is set to air on Fox next summer.

“National Geographic is proud to be the world’s leading destination for viewers who are passionate about science and exploration,” Courteney Monroe, president of global television networks at National Geographic, said in a statement Thursday. “Which is why we’re excited for the next chapter of the most-beloved and most-watched science show to date, ‘Cosmos,’ to return to our air. ‘Cosmos: Possible Worlds’ takes complex themes from astrophysics, astronomy and anthropology and makes them accessible and entertaining for millions of people around the world to devour.”

Fox and Nat Geo, which share the series, pulled their respective scheduled March 2019 premieres of “Cosmos: Possible Worlds” — a follow-up to 2014’s “Cosmos: A Spacetime Odyssey”– back in February, amid an investigation into sexual misconduct accusations leveled against host Neil deGrasse Tyson.

A few weeks later, Nat Geo ended its investigation and announced that it was moving forward with Tyson’s “StarTalk” and “Cosmos,” and that both Fox and Nat Geo were “committed to finding an air date for ‘Cosmos.'”

In a statement posted to his Facebook account on Dec. 1, 2018, Tyson denied the sexual assault accusation and said that his behavior in 2009 and 2018 had been misinterpreted, though he apologized for any misunderstanding. Tyson also said that he welcomed the investigation. He has not commented on the fourth accusation.

COSMOS: POSSIBLE WORLDS ventures to previously uncharted territories: starting back to the dawning of our universe, moving forward to the futuristic 2039 New York World’s Fair and then far beyond into the distant future on other worlds. Visit an open house in the first apartment ever built and climb a 10,000-year-old stairway to the stars. Return to the foreboding ‘Halls of Extinction,’ with living dioramas of the broken branches on the tree of life, and venture to the new, glorious ‘Palace of Life,’ with its soaring towers filled with vibrant marine creatures. Stand beneath its ‘Arch of Experience’ to know what it’s like to soar with the eagles or swim with the whales on their epic voyages.