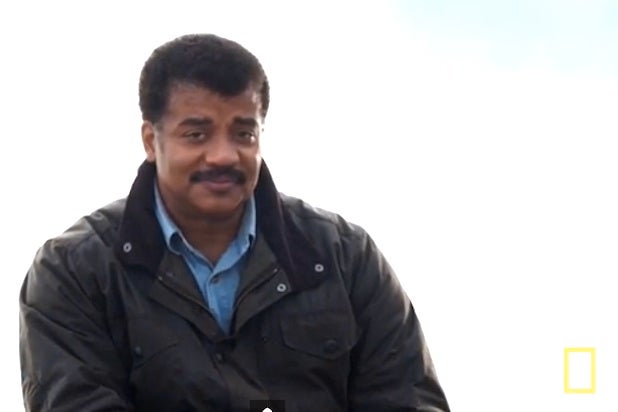 Neil deGrasse Tyson tackles climate change denial on Sunday’s hotly anticipated episode of “Cosmos” during a walk through a beach with his dog, providing an unexpectedly apt metaphor for the crisis endangering the planet.

Tyson explains the meandering dog is a good example of climate modeling because while he can’t anticipate the animal’s precise movements, he can narrow down its range.

“Weather is hard to predict, like my friend here,” Tyson said. “But climate is predictable. Climate has changed many times over the long history of the Earth. But always in response to a global force. The strongest force driving climate change right now is the increase in CO2 and the burning of fossil fuels, which is trapping more heat from the sun. All that additional energy has to go somewhere. Some of it warms the air. Most of it ends up in the oceans. All over the world, the oceans are getting warmer.”

It got juicier, too.

“We can’t observe climate directly; all we see is the weather,” Tyson said. “The average weather over the course of years reveals a pattern. I represent that long-term trend, which is climate. Keep your eye on the man, not the dog.”