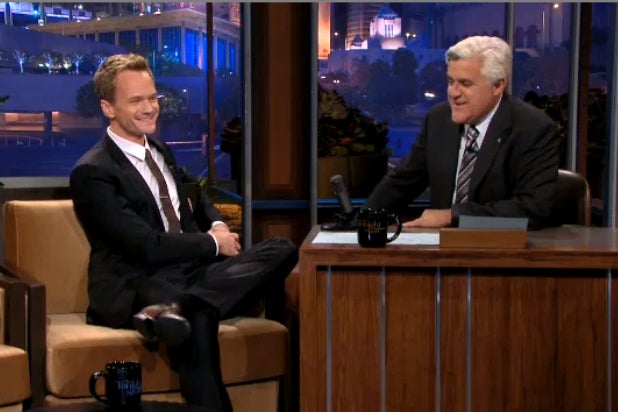 Neil Patrick Harris is preparing for his second time hosting the Emmys — just don’t expect some big song and dance number to open the show.

“It went so well on the Tonys,” Harris told Jay Leno during Tuesday’s “Tonight Show.” “I just didn’t want to spend a lot of time rehearsing something and then have it be compared to something I had just done.”

Also read: Emmys Preview: 10 Parties Not To Miss This Week

Harris is going to stay on stage during the show at his home base podium, but don’t look for the host to roast his celebrity attendees — unless they’re drunk.

“Drunk’s the best at awards shows,” Harris said. “Now they close the bars as the show’s going on because they don’t want sloppiness.”

The show will squeeze a lot in to relatively little time, including many more awards than the Tonys or Oscars, Sunday’s host said. And then there are the tributes planned to those who died this year.

“Fun show,” Harris promised. “A lot of ‘In Memorium’ pieces — it’ll be hilarious,” he joked after being caught going to too dark a place.