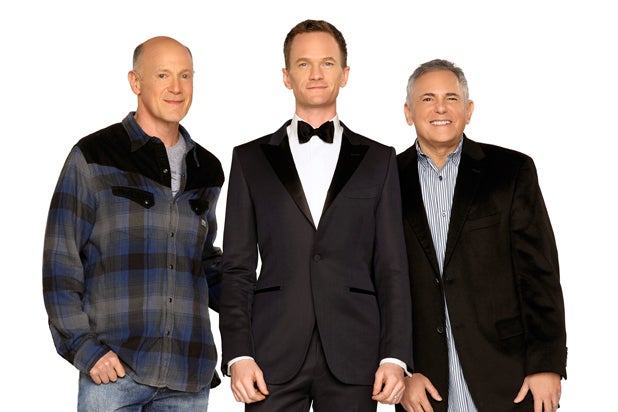 Zadan, who was behind the productions of numerous Academy Awards telecasts, TV projects and Broadway musicals, died at the age of 69 due to complications related to shoulder replacement surgery.

“He’s been a friend my entire adult life, championed me to host the Oscars, brought musical theatre back to TV. A wonderful, kind spirit,” Harris wrote on Twitter in remembrance.

The “How I Met Your Mother” star became the first openly gay man to host the Academy Awards in 2015.

“He had music and dance in his soul. And when people are dancing and singing the world is a better place. RIP Craig and Cut Loose!” tweeted Bacon, who had his breakout role in Zadan’s 1984 hit “Footloose.”

Along with his producing partner, Neil Meron, Zadan produced the Oscars telecasts from 2013 to 2015, earning an Emmy nomination for the show all three years.

The duo was also behind the Oscar-winning film adaptation of “Chicago,” Broadway revivals of “How to Succeed in Business Without Really Trying” and “Promises, Promises,” as well as the NBC musical drama “Smash.”

Zadan, alongside Meron, was also the producer of NBC’s recent string of live musicals, including “The Sound of Music,” “Peter Pan,” “The Wiz,” “Hairspray” and this year’s “Jesus Christ Superstar Live in Concert.” They were next set to produce the live adaptation of “Bye Bye Birdie” starring Jennifer Lopez.

Messing credited Zadan and Meron for being “responsible for one of the most meaningful professional experiences in my career. They brought the magic of Broadway to prime time television with SMASH, and for 2 years I felt like I was living in a dream.”

NBC Chairman Robert Greenblatt officially announced the news of Zadan’s passing in a network statement earlier on Tuesday, saying: “It is with profound sadness that I am announcing the passing of my dear friend and colleague Craig Zadan, who died of complications following shoulder replacement surgery.

“On behalf of his life partner, Elwood Hopkins, and his producing partner, Neil Meron, we are stunned that the man behind so many incredible film, theatre, and television productions — several of them joyous musicals — was taken away so suddenly.

See the social media tributes below.

I’m stunned and saddened the unexpected passing of Craig Zadan. He’s been a friend my entire adult life, championed me to host the Oscars, brought musical theatre back to TV. A wonderful, kind spirit. My sincere condolences to his family and his partner, Elwood. #RIP pic.twitter.com/BWLDmViJar

Wow so sad to hear about Craig Zadan. He had music and dance in his soul. And when people are dancing and singing the world is a better place. RIP Craig and Cut Loose!

This is so heartbreaking. ??'”A wonderful man and a brilliant producer. https://t.co/eCWj9P7aET

Annie, The Music Man, Promises, Hairspray… Craig, you were there with me from the beginning. This is a true loss not only for me, but for the world. Rest in peace, sweetheart. pic.twitter.com/tl2rEtMNBM

I am devastated by the news of the passing of my dear friend and film, tv & Broadway producer, @craigzadan. My life and career were forever changed by the opportunities he and his producing partner, @neilmeron, provided me over the years. I will miss him, dearly. pic.twitter.com/SoPSZCCrkE

Craig Zadan was a phenomenal producer, creator and friend. It is heartbreaking to hear that he has suddenly passed away from complications… My heart goes out to his family, his friends and all the people he has impacted through his belief and commitment to his craft. His passion and soul will be missed dearly. Craig, thank you for seeing me and believing in me as my first leading lady, Arielle in Footloose. It was one of the most special experiences of my life and I am eternally grateful. I’ll always have you in my heart..❤

Shocked and saddened by the news of the passing of @craigzadan. A wonderful producer and even better friend. Thanks for sharing your art with the world Craig. ❤