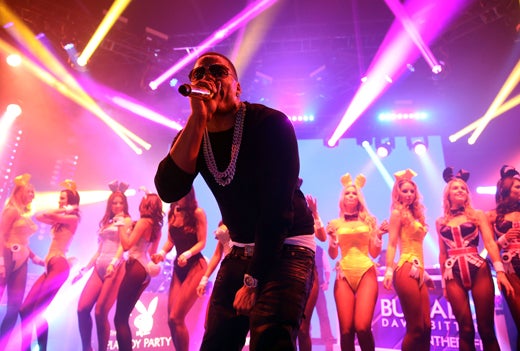 Hip-hop star Nelly was arrested in Tennessee after his tour bus was searched by police and discovered to have methamphetamine, marijuana and drug paraphernalia, authorities said.

He was charged with drug-related crimes.

The U.S. rapper’s tour bus was stopped on Saturday morning by a Tennessee Highway Patrol officer for failing to display the required inspection stickers.

Tennessee Department of Safety and Homeland Security issued a statement saying a police search led to the discovery of “five colored crystal-type rocks that tested positive for methamphetamine, as well as a small amount of marijuana and other drug paraphernalia.”

According to media reports, the officer then searched the bus, which was headed to St. Louis following a show in North Carolina, after smelling marijuana.

The 40-year-old, whose real name is Cornell Haynes, faces charges of possession of drugs and drug paraphernalia.

After being taken to Putnam County Jail, Nelly was released on bail and is due to appear in court on June 19.

The St. Louis native shot to fame 15 years ago when he released his debut single “Country Grammar.” Nelly is due to go on tour with New Kids On The Block and R&B group TLC next month.