Hollywood loves a sequel … and a franchise.

Neon Carnival, the unofficial Coachella festival side-party where Leonardo DiCaprio, Drake, Rihanna and Clint Eastwood mingle with blinking ferris wheels, drunk-driven bumper cars, and 8,000 industry invitees on an outdoor dance floor until dawn, is expanding from one weekend to two.

After its initial outing on Saturday, April 13 — the second night of Coachella — Neon Carnival will return for a second, country-tinted outing two weeks later on April 27, the second night of the Stagecoach festival, creator Brent Bolthouse revealed to the The Party Report. 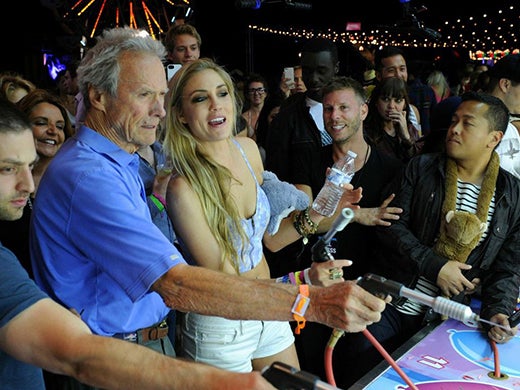 Clint Eastwood made an appearance a few years ago. (Getty Images)

Ever since Coachella expanded from one weekend to two identical weekends in 2012, brands and marketers have focused solely on “weekend one.” If the shoulder economy of unofficial side parties, female-focused media brand brunches, and nightclub mansion pop-ups were to creep over to the residual April festival weekends, the conventional wisdom was that brands would seize the more consumer-friendly (read: less Kardashian and Bieber-esque) vibes of “weekend two” to make some noise.

Not so. They’re leapfrogging over “weekend two” to the even more socially barren and sideshow-free “third” weekend — a.k.a. Stagecoach — of April 26-28.

The “Weekend Three Neon Carnival” will stay true to form as a private bash, albeit for the country crowd. To the Hollywood social scene, it’s a bit of a blindside but a reminder to our bubble of the Stagecoach demographic’s growing cultural relevance.

“I know so many people that go to [country music festivals] that have fun and I see those people at some of my nightclubs,” Bolthouse said. “They’re girls from the south. They still like to dance and go to nightclubs. It’s not like people fly in from all over and they only want to line dance.”

The “country” Neon Carnival will recast the logo, and some of their talent. The DJ AM of country music, Dee Jay Silver (he’s Jason Aldean’s touring DJ, but spins open format), will slide in to the booth with Neon Carnival resident DJ’s Kayper and Ruckus, who will stay on for both weekends.

“It’s like blending the best of both worlds,” Bolthouse added.

In the era of addressable advertising and data-driven micro-targeting, finding sponsors to speak to both of those worlds seems like a tough needle to thread. They partnered with Levi’s, a self-tanning product (Bondi Sands), and the Warner Bros./Legendary feature film “Pokémon Detective Pikachu” to present both weekends. 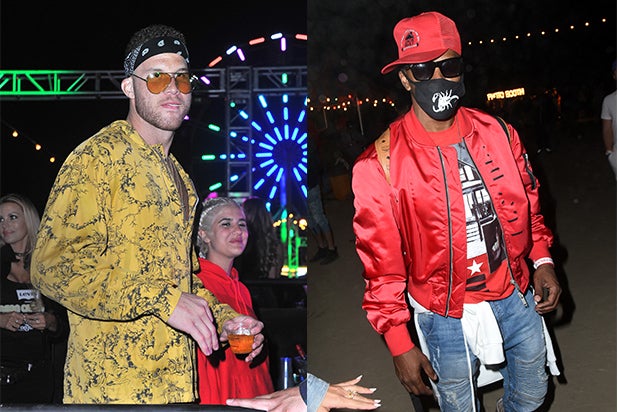 Also Read: Neon Carnival at Coachella: The Inside Story Behind Hollywood's Biggest Party

Here’s what else we know about the new franchise so far:

They’ve been growing the grass for eight months

After moving from its longtime home on the tarmac at a private airport to this horse park last year, the event is moving to a new grassy meadow within the same grounds. The hope: guests can put away their dust masks.

“You can sit on the ground. You’ve never been able to do that before at Neon Carnival. You never wanted to sit on the asphalt,” Bolthouse said. “How great will it be to be there and lie down and look at the stars?”

The new footprint is the size of three football fields.  They’ve been growing grass there in anticipation since last July.

Here’s some good news for Tame Impala fans
Instead of two separate lists for the two events, anyone invited to the event on the 13th is automatically cross-invited for the 27th. No need to rush out on Saturday night’s headliner, Tame Impala. Following in Beyonce’s footsteps is hard enough. 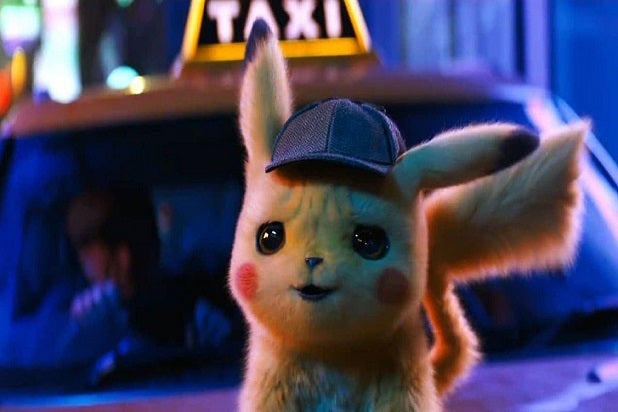 “Pokemon Detective PIkachu” will be released on May 10.

As a marketing exercise, it’s impressive to see a major studio marketing a PG movie via an all-night bash. This event’s past sponsors have been more endemic to this crowd: tequila, mid-market apparel brands, and makeup companies looking to jumpstart the summer spending season. As a Pokemon illiterate, a quick watch of the trailer shows that it’s a live-action film with Ryan Reynolds, and looks more likely to trip a 20-something’s algorithm than other PG fare.

“It’s a carnival. You’re not a million miles apart (creatively),” Bolthose explained. “You could see a Pikachu at Neon Carnival and think ‘That’s cute, let’s get a picture.'”

After Warner Bros.’ success with “A Star is Born,” which had scenes shot on the Coachella grounds, the studio is officially a fan of this weekend. Welcome to the party.

How do you get on the list?
Bolthouse, best known for crafting the final era of celebrity-driven weekly Hollywood nightlife before it was eaten by social media, continues with partners Jen Rosero and the event czar, Jeffrey Best. (Best and his Best Events team have scaled up the production from a hangar hideaway with a few couches in 2008 to a full-blown pop-up carnival with a more muscular footprint than some B-level music festivals.)

Brett Hyman and his NVE Experience Agency, fresh back from a motorcycle rally promo stunt at SXSW in Austin, worked with the sponsors. They married Warner Bros. in to the event.

The unenviable task of managing the celebrity and influencer submissions (and hurting feelings) again falls to EFG PR chief Rembrandt Flores, with the press team of Johnny Gines and Nedda Soltani (formerly of Insomniac).

Get friendly with the foregoing, quickly. Not me. I have no authority and no sway. But…

“Civilians” have a chance of attending
Word from the producers is that there will be some giveaways on the event’s social media channels over the coming weeks.

“At the end of the day, it’s still a party for 8,000 people,” Bolthouse said. “Between our friends at WME and CAA, we let a lot of people in. If you’re that kid from Australia and you don’t know one person from Los Angeles, it’s probably pretty hard to go in. But if you have any kind of connection anywhere in entertainment or music, we do say ‘yes’ more than we say ‘no.’ People find that hard to believe, but you’d be surprised.”

More to come from the desert…

Please send invites, additions, and bookings on the festival side-scene to the writer Mikey Glazer here.

Justin Bieber and Jamie Foxx to Alan Walker, Rezz and Jean-Michel Jarre turn up for opening day of the music and art festival

Justin Bieber posed with Mason Ramsey, better known as the Walmart yodeling kid, backstage after the 11-year-old performed in the high-wattage Sahara Tent.