Netflix acquired the worldwide rights to two films that played at this year’s Cannes Film Festival, Mati Diop’s “Atlantics,” which played in competition, and Jérémy Clapin’s animated film “I Lost My Body,” which won the top prize from the Cannes Critics’ Week sidebar of the festival, the streamer announced Saturday.

For “Atlantics,” Netflix acquired worldwide rights excluding China, Benelux, Switzerland, Russia and France, but it has subscription video on demand (SVoD) rights for 36 months following its theatrical release in France, Benelux and Switzerland. For “I Lost My Body, Netflix acquired worldwide excluding China, Benelux, Turkey and France, but also has SVoD rights for 36 months following its theatrical in France, an individual with knowledge told TheWrap.

Diop’s “Atlantics” played in competition and, on Saturday, was awarded the Grand Prix prize from the jury led by Alejandro Gonzalez Inarritu. Diop made her feature directorial debut on the film and became the first black woman to ever compete for the Palme d’Or. The actress-turned-director was seen in Claire Denis’ “35 Shots of Rum” and is the recipient of the “2016 Martin E. Segal – Emerging Artist Award” from the Lincoln Center for one of her short films.

“Atlantics,” which was written by Diop and Olivier Demangel, is set along the Atlantic coast, as a soon-to-be-inaugurated futuristic tower looms over a suburb of Dakar. Ada, 17, is in love with Souleiman, a young construction worker, but she has been promised to another man. One night, Souleiman and his co-workers leave the country by sea in hopes of a better future. Several days later, a fire ruins Ada’s wedding and a mysterious fever starts to spread. Little does Ada know that Souleiman has returned.

“Atlantics” is a Senegalese Co-Production with Cinekap and Oumar SALL and a Belgian Co-Production with Frakas Productions, Jean-yves Roubin and Cassandre Warnauts. Executive producers are Les Films Du Bal, Judith Lou Lévy and Eve Robin. Fionnuala Jamison of mk2 films represented the filmmakers in the deal for “Atlantics.” 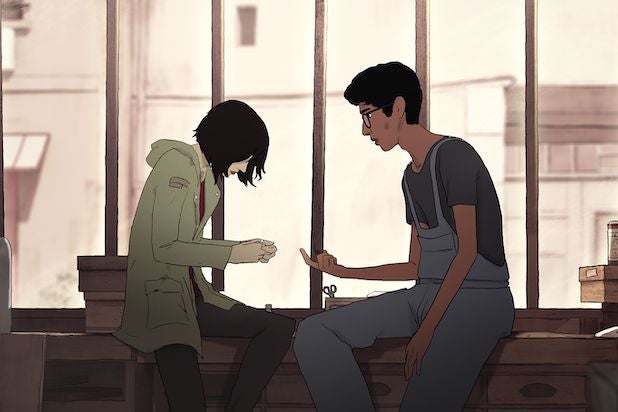 “I Lost My Body” was named the best film of the independent International Critics’ Week section at Cannes and was awarded the Nespresso Grand Prize in the section, which consists of seven features and 10 short films.

Clapin’s debut animated feature is about a severed hand that escapes from a dissection lab with one crucial goal: to get back to its body. As it scrambles through the pitfalls of Paris, it remembers its life with the young man it was once attached to…until they met Gabrielle. Hakim Faris, Victoire Du Bois and Patrick d’Assumçao are the lead voice actors.

Clapin wrote the film with Guillaume Laurant (“Amelie,” “A Very Long Engagement”). Marc du Pontavice is the producer along with Xilam Animation. The deal was brokered by Charades on behalf of Xilam Animation. Carole Baraton of Charades represented the filmmakers in the deal for “I Lost My Body.”