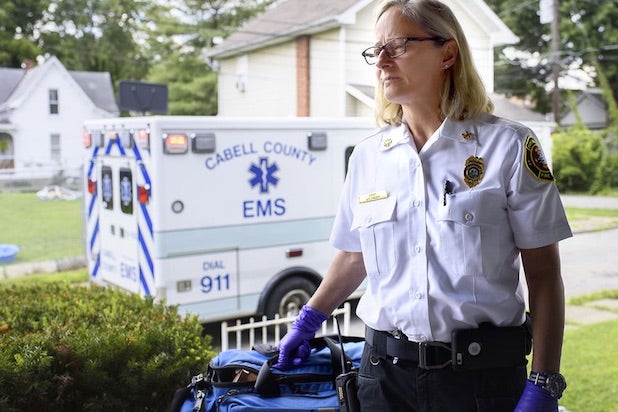 Nine months after winning its first Academy Award for the short documentary “The White Helmets,” Netflix is back in the running with its short-doc “Heroin(e)” landing on the Oscars shortlist in the Best Documentary Short Subject category.

That film, about three women fighting the opioid epidemic in West Virginia, will be going up against a field that also includes “Edith + Eddie,” a film about the oldest interracial newlyweds in the U.S. that was previously nominated for both the IDA Documentary Awards and the Cinema Eye Honors.

The shortlisted films, with production companies:

The films were chosen by volunteer members from the Academy’s Documentary Branch from among the 77 eligible films. (Last year, 61 films qualified; the year before, 74 did.)

The shortlisted films are now available to all members of the Academy’s Documentary Branch, who will vote to choose the five nominees beginning on January 5.

Nominations will be announced on January 23.