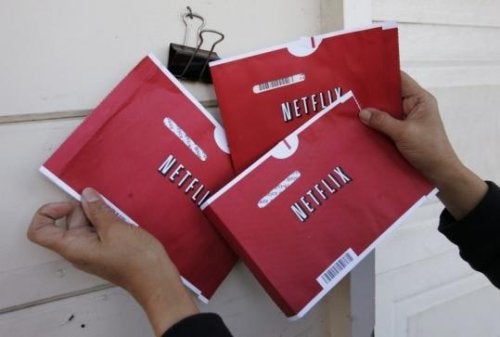 The video rental business is undergoing a dramatic, often violent transition, but one company is clearly benefitting from this froth of change — Netflix.

While Blockbuster and Movie Gallery are shuttering hundreds of stores and Red Box is embroiled in costly legal battles with several studios, Netflix is enjoying one of its strongest quarters yet.. The subscription rental service attracted a record 1.1 million new customers, while enjoying a 36 percent increase in profitability in its fourth quarter, it announced Wednesday.

The record number of new customers enabled the company to achieve its goal of 12.3 million subscribers by the end of 2009, a number it anticipates will grow to between 15.5 million to 16.3 million by the end of 2010.

“Adding more than one million net new subscribers in the fourth quarter and nearly three million over the full year highlights the growing appeal of the Netflix service as we further expand access to and adoption of streaming movies and TV episodes over the Internet,” Reed Hastings, Netflix co-founder and chief executive officer, said in a statement. “In 2010, we expect to extend our operating momentum as we grow the business both rapidly and profitably.”

Netflix also managed to shave the costs associated with growing its subscriber rolls. Costs fell to $25.23 per gross subscriber addition from $26.67 in the same period a year-ago.

Buoyed by the strong earnings announcement, shares in the company rose to $58.43 in extended trading after closing at $50.97 on Nasdaq.