Netflix is following up “Untold” with another sports docuseries, this one exclusively centered on the intersection of sports and crime, called “Bad Sport.”

And you thought the Danbury Trashers were bad.

The trailer for the docuseries features many infamous sporting scandals including the Arizona State men’s basketball team point-shaving scheme, an IndyCar driver’s marijuana-smuggling operation and a horse hitman caught in the middle of an insurance fraud ring. 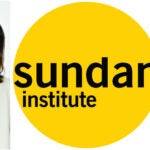 You can watch the trailer in the video above.

Here’s the logline for “Bad Sport”