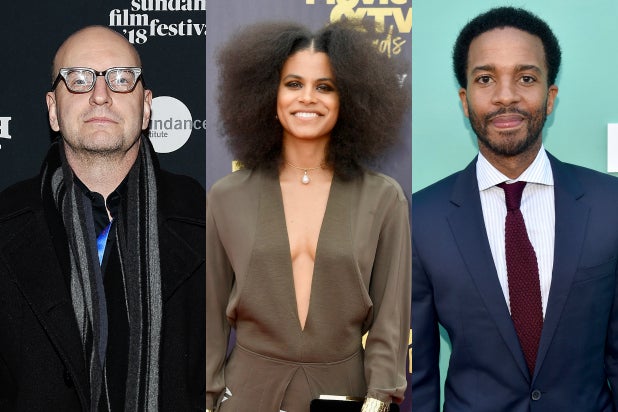 Netflix announced on Tuesday that it has acquired global rights to Steven Soderbergh’s next film “High Flying Bird.”

Starring Zazie Beetz of “Atlanta” fame and “Moonlight’s” André Holland, “High Flying Bird” follows a sports agent during the lockout, who pitches a rookie basketball client on an intriguing and controversial business proposition.

The project marks Soderbergh’s first collaboration with the streaming giant. He’s been an advocate for making films outside of the studio system and released last year’s “Logan Lucky” independently.

“We had several strong options for distributing ‘High Flying Bird,’ but to borrow the patois of the movie itself, this deal felt like a slam dunk and the perfect way for me to begin my relationship with Netflix as a director,” Soderbergh said.

The film is being produced by the director’s collaborator on “Unsane,” Joseph Malloch. And theh executive producers on the project are Ken Meyer (“Unsane,” “Logan Lucky”) and André Holland via his production shingle Harper Road Films.

Soderbergh shot the film in double quick time on an iPhone, like he did for the Claire Foy-led “Unsane,” which pulled in $14.3 million at the box office worldwide.