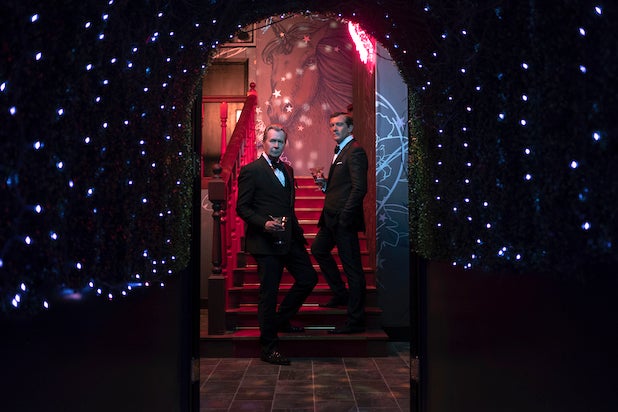 Netflix has countered what it feels to be a “laughable” lawsuit filed Monday that sought a restraining order in an attempt to delay the release of the film “The Laundromat” on Friday, calling the suit an “eleventh hour gag order” and an “affront to established first amendment principles” in a motion filed Thursday.

Netflix is citing “constitutionally protected speech” in hopes to dismiss the lawsuit brought by the law firm Mossack Fonseca claiming that Steven Soderbergh’s film “The Laundromat” is defamatory to the law firm and could interfere should federal prosecutors charge them with money laundering in a criminal case. The law firm and its two principals, Jürgen Mossack and Ramón Fonseca, who are played by Gary Oldman and Antonio Banderas in the film, are at the center of the 2016 Panama papers scandal as described in the movie.

Netflix say Mossack Fonseca’s lawsuit should be dismissed because it’s a last minute attempt to stifle free speech and that the lawsuit both fails to show malice on the part of Netflix or demonstrate how Mossack Fonseca will face irreparable harm from the release of the film. Netflix defends “The Laundromat” as a comedy and satire that “is intended to bring attention to the abuse of offshore shell corporations and tax shelters, and it is an indictment of the legal system that permits them.”

The law suit by Mossack Fonseca also cited trademark infringement over the use of the law firm’s official logo seen several times in the film’s trailer, saying Netflix used the logo explicitly to draw in audiences.

“Their claim of dilution by ‘tarnishment’ of their logo – the use of which in the film is also protected under established First Amendment jurisprudence – is laughable, given that the Complaint acknowledges that their reputations have already been so blackened as a result of the spotlight that the international press has been shining on Plaintiffs for the last three and a half years – the result of which was the loss of all of their clients, banks refusing to do business with them and the shuttering of their business,” Netflix’s lawsuit reads in response.

Netflix also accuses the law firm of stalling until days before the release of the film, even though they were aware the film was in the works and was being exhibited well in advance. “The Laundromat” made its premiere at the Venice Film Festival and has played in limited release in theaters since Sept. 27. It’s set to debut on Netflix on Oct. 18.

“The Laundromat” stars Meryl Streep as a woman investigating the death of her husband and how it ties back to the corruption uncovered in the Panama papers documents leak.