Netflix has cancelled “First Kill” after its one and only season that launched in June of this year, TheWrap has confirmed.

Netflix declined comment, but individuals with knowledge tell TheWrap that the decision comes down to cost vs. viewership, and that popularity at any given moment doesn’t account for factors like completion of a show’s season.

The series, produced by Emma Roberts through Belletrist Productions, is based off of V.E. Schwab’s short story “First Kill.” Felicia D. Henderson and Schwab wrote the television script.

“First Kill” follows teenage vampire Juliette (Sarah Catherine Hook) and teenage vampire hunter Calliope (Imani Lewis) as they both approach important rights of passage, which actually share a name — the first kill — even though they mean different things for each girl.

Following the footsteps of shows like “The Vampire Diaries” and movies like “Twilight,” “First Kill” falls most similarly into the vein of “Buffy the Vampire Slayer.” In the star-crossed plot, Juliette sets her sight on Calliope for her first kill so that she can impress her powerful vampire family. Of course, Calliope comes from a family of reputable monster hunters, and each finds themselves attracted to the other despite the historical conflict rooted in their bloodlines. 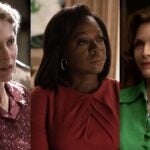 Also Read:
‘The First Lady’ Canceled on Showtime After Season 1

Shortly after the show’s cancelation was announced, Dominc D. Goodman, who plays Apollo in the series, also confirmed the news on Twitter.

Star Sarah Catherine Hook also said goodbye to the show. “So many of you connecting with Juliette means more to me than words can say. Thank you to all who loved & supported our special show. Love you forever, Jules,” she said on Instagram.

Traces of “Romeo and Juliet” can be found in this vampire soap series directly since the play is in production at the girls’ high school, and more metaphorically as well with Calliope coming from a family of well-known, talented monster hunters and Juliette coming from a line of wealthy elite “legacy” bloodsuckers, who are harder to vanquish than your regular vampire.

The eight episode first season ended with quite a cliff hanger, as the two girls ultimately suffer a huge blow to their relationship due to some choices made by Juliette. We won’t spoil it here.

Belletrist Productions won the rights to Schwab’s short story, which was published in September in Imprint’s collection called “Vampires Never Get Old: Tales with Fresh Bite,” in a competitive situation with eighteen other companies in the running. 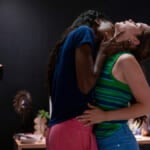