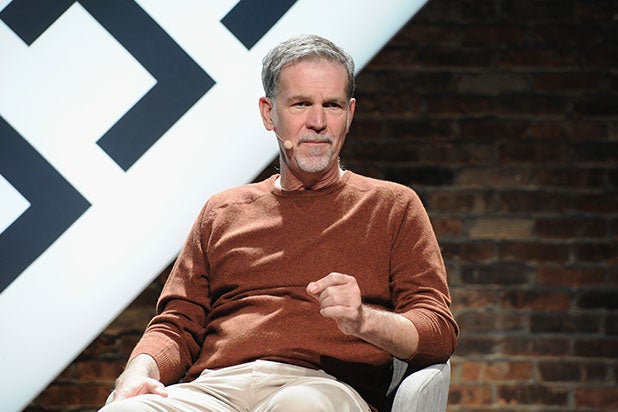 After the recent string of sexual harassment allegations and termination of honcho Harvey Weinstein, the Weinstein Company — or pieces of it — are looking for a buyer. One company who isn’t likely to write the check: Netflix.

“It would be extremely unlikely for us to be a bidder for the firm,” Netflix CEO Reed Hastings said on a webcast following the company’s third-quarter earnings release Monday afternoon.

While Netflix’s market cap of $87 billion would allow it to easily absorb TWC’s TV business and film library, which will almost certainly sell for less than $1 billion in total, the streaming giant doesn’t have an urgent need to make an acquisition of the tarnished business or even its assets. Netflix added 5.3 million new subscribers last quarter — 4.5 million internationally — and is forecasting bringing on 6.3 million more during the fourth quarter.

And while Netflix has licensing deals for TWC content, there’s no need for the company to wade into its current morass, content chief Ted Sarandos said on the webcast. Sarandos did not indicate what would happen to those agreements in the future.

“There’s a lot of smoke to clear from what’s happening there,” he said. “Our business at the Weinstein Company is pretty arm’s distance. We have an output deal on their films post-theatrical, and some second window television agreements with them. It’s not material either way.”