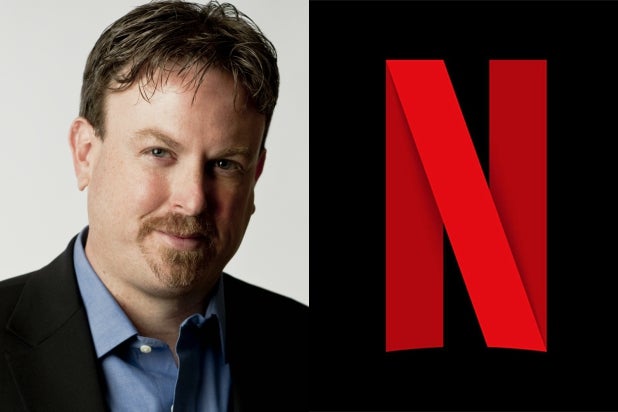 Netflix Chief Financial Officer David Wells says $7 billion a year on content might just be a starting point — as long as the company can continue to add to its more than 100 million subscribers around the world.

At the Goldman Sachs Communacopia conference in New York on Tuesday, Wells also suggested that $20 million an hour television — which had been floated by Netflix content chief Ted Sarandos — is also a distinct possibility.

“Ted mentioned the $7 billion content number — that’s going to continue to grow as long as we can grow our subscriber base,” Wells said. “We can pay more for a piece of content and put more on a screen and increasingly benefit from that global network of subscribers.”

And even as Netflix has pulled the plug on pricey series like “Sense8,” Wells said the company doesn’t have any misgivings about the way it’s spent its money.

“I don’t think we have any regrets of the level of content investment we’ve made to date,” Wells said.

Competing in a market that’s increasingly crowded with aggressive buyers from premium TV like HBO and internet giants like Amazon, Wells drew an analogy to sports, where top athletes can command ever-escalating salaries and endorsement deals, while the rank and file battle for whatever’s left under the salary cap.

“For us, having 100 million global subscribers and growing beyond, we do have confidence that we can monetize it effectively,” Wells said.

“That doesn’t mean we aren’t disciplined on the price,” he continued. “We have walked away from some things.”

Wells also said Netflix can continue to grow its users — and possibly raise its price — without resorting to some of the world’s most consistently highest-rated programming.

“We don’t have to have live sports,” he said.

“In the near term, its not about market share, it’s about growth of internet entertainment,” Wells said, adding that more entrants lift all boats at this stage in the cycle.

He also pointed to an increased appreciation for novel, global content and more multilingual households, which has created more demand for international content, like Netflix hits “Narcos” and “Fauda.“

Wells said there might be prospects in the long term for ways to bring more content to smaller markets, possibly including machine-learning translations.

And despite Netflix’ growth in mobile users — it recently signed a deal with T-Mobile, and some of its developing, like India and southeast Asia, are decidedly mobile-first – Wells said the company still prioritizes the premium experience for its high end content, and “people still prefer the large video format.”