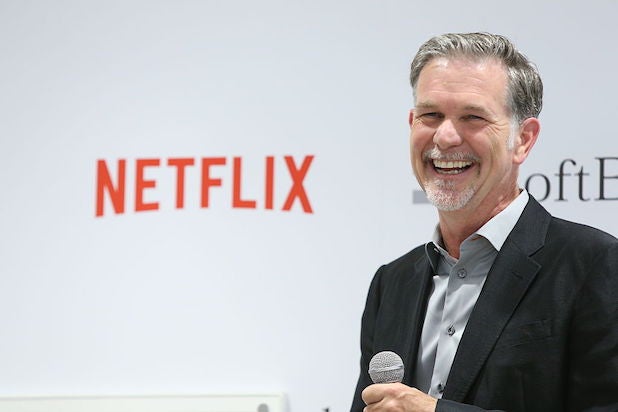 Netflix CEO Reed Hastings told investors Monday to chill out when it comes to worrying about Disney pulling its content from the streaming giant in the years ahead.

Fresh off its strong third quarter earnings report, with the company adding another 5.3 million subscribers into the fold, Hastings said on its earnings call the concerns about Disney have been overblown.

With the Mouse House aiming to break away and start its own streaming service in 2019, Hastings said move will have little impact on its continued international rollout.

“Disney’s a great brand with great content, but internationally, we have it only in the Netherlands, Australia and Canada,” he said.  “And you saw how big our international growth was in most of the world without the Disney content. Although it’s got an enormously significant brand, in terms of its significance relative to growth, you see we’ve done very well in international without it.”

Most of Netflix’s third quarter subscriber gains came outside the U.S., with the company adding 4.45 million international customers.

And despite bumping up prices on two of its subscriber tiers, Netflix didn’t hold back on its projections — estimating it’ll add more than 6 million new subscribers in the fourth quarter.

Investors seem to be on the same page, with shares of Netflix running more than 10 percent since the price increases were announced on Oct. 5. Netflix hit an all-time high of about $205 in after hours trading on Wednesday.