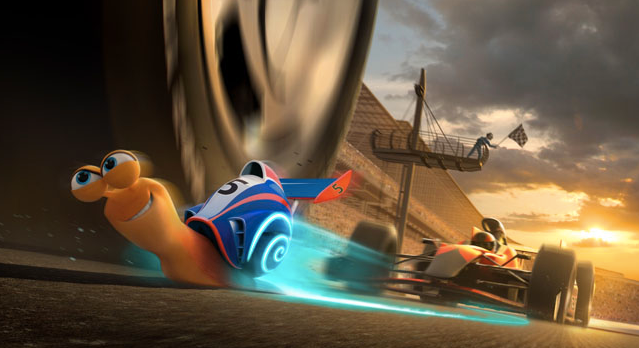 DreamWorks Animation and Netflix are teaming up on 300 hours of original programming for the streaming network, much to the delight of Wall Street.

Both companies' share prices jumped on Monday as news of the pact broke. As of 10:05 a.m. ET, shares of Netflix were trading at $225.93, up 5.58 percent, while DreamWorks Animation's stock was up 6.97 percent to $24.40. Both companies are on the Nasdaq, which overall climbed just over 1 percent Monday.

The multi-year deal is the largest for original first-run content in Netflix's history. The new shows will be inspired by characters from DreamWorks Animation’s library of films — a collection that includes hits like "Kung Fu Panda" and "Shrek."

The first series will premiere in 2014.

“This is an unprecedented commitment to original content in the internet television space,” DreamWorks Animation Chief Executive Officer Jeffrey Katzenberg said in a statement. “Netflix is a visionary company that continues to redefine the way audiences watch television and it is a thrill to add to their growing momentum.”

This isn't the first time that DreamWorks Animation and Netflix have partnered. In February, they announced they would produce an original series for kids called "Turbo F.A.S.T." The show will be based on the upcoming film "Turbo," which hits theaters in July. The animated series will follow the film's snail protagonist in a new set of adventures  beginning in December.

Also coming exclusively to Netflix in the U.S. and Latin America next year will be new DreamWorks Animation feature films, like last spring's "The Croods," "Turbo"  and next year's "Mr. Peabody and Sherman."